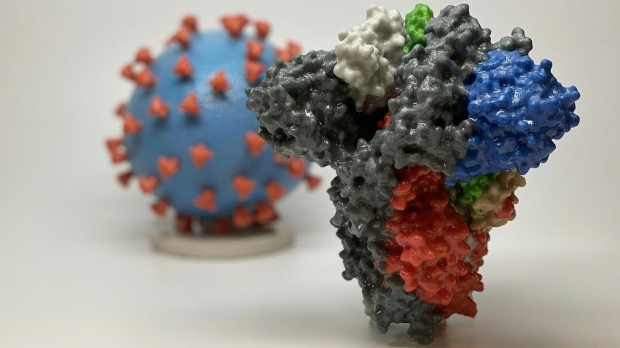 WASHINGTON — The pharmaceutical firm Regeneron on Monday announced it was entering the late stages of its human clinical trials investigating a drug to both treat and prevent COVID-19.

The drug, called REGN-COV2, is a combination of two antibodies that block the coronavirus’ “spike protein” which it uses to invade human cells.

The company is moving to the final Phase 3 stage of a trial to determine if its drug can prevent infection among people recently exposed to the virus — for example through a person in their household.

This trial, run jointly with the U.S. National Institute of Allergy and Infectious Diseases (NIAID), is expected to enrol 2,000 patients in the U.S.

“We are pleased to collaborate with NIAID to study REGN-COV2 in our quest to further prevent the spread of the virus with an antiviral antibody cocktail that could be available much sooner than a vaccine,” said Regeneron president George Yancopoulos.

At the same time, Regeneron announced it was moving to the final stages of a trial to determine the drug cocktail’s ability to treat both hospitalized and non-hospitalized COVID-19 patients.

This will involve around 1,850 hospitalized and 1,050 non-hospitalized patients in the U.S., Brazil, Mexico and Chile, with preliminary data expected later this summer.

Regeneron scientists evaluated thousands of antibodies harvested from genetically modified mice and from humans, identifying the two they found to be most potent against the SARS-CoV-2 virus, while not competing against each other.

The company uses a multi-antibody strategy to decrease the chances that the virus will mutate in order to evade the blocking action of a single antibody, an approach it detailed in a recent study in Science.

Last year, a triple antibody cocktail developed by Regeneron was shown to be effective against the Ebola virus. 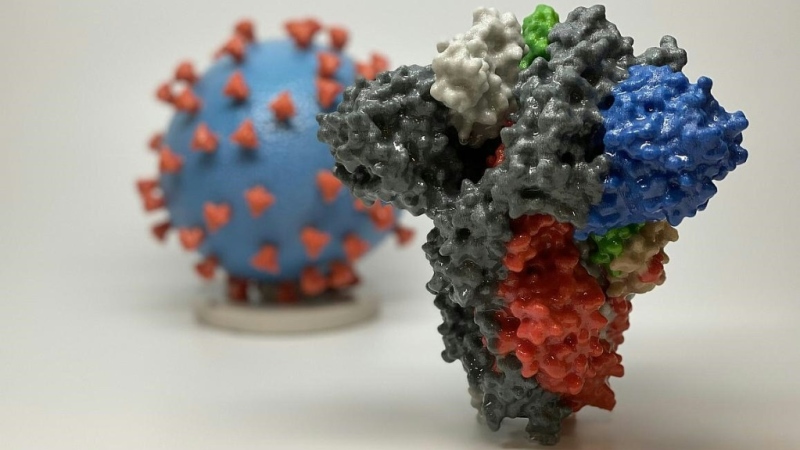