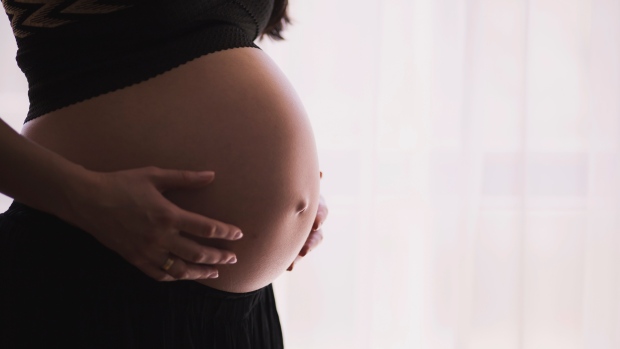 Women with autoimmune disorders who become pregnant are significantly more likely to have babies that later develop attention deficit hyperactivity disorder, or ADHD, according to a longitudinal study of babies and mothers in Australia.

“Autoimmune diseases are disorders where the immune system incorrectly ‘attacks’ the body,” said study author Timothy Nielsen, a research officer and doctoral student at the Children’s Hospital at Westmead Clinical School of the University of Sydney. The study was published Tuesday in JAMA Pediatrics.

Neurodevelopmental disorders such as ADHD, learning disabilities and autism are caused by disruptions in fetal brain development during pregnancy, Nielsen said. Prior research has linked autoimmune disorders in mothers with autism, obsessive-compulsive disorder, and tics or Tourette’s syndrome in children, he said, but this is one of the first studies to examine their role in ADHD.

“I hope these findings don’t stress out women with autoimmune conditions too much,” said developmental pediatrician Dr. Jenny Radesky, an assistant professor of pediatrics at Michigan Medicine C.S. Mott Children’s Hospital, who was not involved in the study.

“I treat lots of children with ADHD, and these findings wouldn’t change how I manage them,” Radesky said. “Although kids with ADHD can be a handful, I love their little expansive, curious minds and unique ways of seeing things.

The study followed more than 63,000 children born full term between July 1, 2000, and December 31, 2010, in New South Wales, Australia. Nielsen and his team identified 12,610 mothers with at least one of 35 common autoimmune disorders. Each of the expectant mothers had a diagnosis code for an autoimmune disorder in their linked hospitalization records.

A child was determined to have ADHD if there was a hospital diagnosis of ADHD or a record of a prescribed or filled prescription for stimulants.

All 12,610 offspring who were diagnosed with ADHD over the age of 3 were included in the study, and then matched to four children of the same age with mothers without any autoimmune disorders. Both sets of children were then followed until the end of 2014.

The study also conducted a meta-analysis of existing research on the topic.

Combined, the results have shown that a diagnosis of any autoimmune disease, Type 1 diabetes, rheumatic fever or rheumatic carditis (inflammation of the heart muscle), psoriasis and hyperthyroidism were associated with an increased risk of ADHD in the child at later ages.

Precisely how a mother’s autoimmune disorder might affect her unborn baby isn’t yet known. Researchers hypothesize maternal autoantibodies — those which attack the mother’s body — cross via the placenta. Inflammatory molecules could do the same.

Once there, the chronic inflammation could alter fetal brain development, possibly by impacting innate immune cells in the developing baby’s brain, the study said. Or perhaps inflammation alters epigenetic markers — the chemicals that turn genes on or off — on key neurodevelopmental genes in the fetus.

Another theory, the study said, is that inflammation impacts the formation and function of synapses in the baby’s developing brain. Synapses are the small pockets of space between two cells that allow the cells to pass messages and communicate.

“These changes may lead directly to ADHD symptoms, or they may make the child more vulnerable to environmental risk factors,” Nielsen said.

Environment can contribute greatly to a child’s neurodevelopmental outcomes. Studies have found associations between lower maternal education, socioeconomic status, depression and a parent’s history of antisocial behavior and a child’s risk for ADHD. Higher levels of iron in a child’s blood has also been connected to hyperactivity disorders.

Studies have found a strong link between hyperactivity and inattention in children and obesity and high blood pressure in the mother, as well the use of acetaminophen and smoking during pregnancy.

Prior research has found that women with autoimmune disease that is poorly controlled by medication or other treatments could be a risk factor for poor pregnancy outcomes such as failure to grow properly and preterm birth, Nielsen said.

“Our team is currently working on research into the causal mechanisms that underlie the association between autoimmune disease and ADHD,” he said, which may shed light on whether the “severity of disease, symptoms, use of medications or other inflammatory factors modifies this risk of ADHD.”

An expectant mom having an autoimmune disorder is only one of many risk factors for any childhood neurodevelopmental disorder, Nielsen stressed, “but understanding risk and expression of disease is essential if we want to prevent and treat disease.”

Having the knowledge of such an association can empower both women and their health care providers to “emphasize the importance of high-quality multidisciplinary care to manage autoimmune conditions before and during pregnancy,” Nielsen said.

“This includes good pre-conception care and possibly avoiding pregnancy when disease activity is not well controlled,” he said.

Past that, it’s no one’s fault if a child develops a disorder based on a parent’s medical condition, experts stress.

“Sometimes parents will perseverate on their guilt over a child’s ADHD being their ‘fault.’ ” developmental pediatrician Radesky said.

“When this happens, I try to redirect their mental energy to understanding their child’s unique mix of strengths and challenges, why the child behaves the way they do, and how to advocate for supports,” she said.