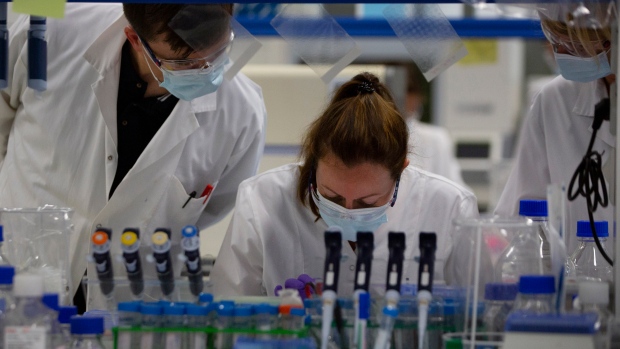 TORONTO — Physical distancing and frequent handwashing are not enough to fully protect against airborne transmission of the novel coronavirus, hundreds of scientists say.

Virus-carrying microdroplets pose more of a danger than is currently being communicated, the scientists argue in a new medical commentary, and the result is that poor ventilation is easing the path of the pandemic.

The commentary has been accepted for publication in the journal Clinical Infectious Diseases. It is signed by 239 scientists from 32 countries and a wide variety of science and engineering disciplines, according to a statement from the Queensland University of Technology (QUT) in Australia.

“We are concerned that people may think they are fully protected by following the current recommendations, but in fact, additional airborne precautions are needed to further reduce the spread of the virus,” lead author and QUT air quality expert Lidia Morawska said in the statement.

It is not controversial to say that the virus that causes COVID-19 can spread through exhaled airborne droplets. This is why physical distancing was one of the earliest individual measures urged to stop the spread of the virus, because putting space between people allows for particles to fall to the ground rather than latch on to another person.

It is also normal for viruses to be passed through droplets. Measles, for example, has an airborne transmission pathway that poses far more of a danger than has thus far been found with COVID-19.

“I can be in a room with measles, and leave, and somebody walks in hours later and they can get measles,” Dr. Sumon Chakrabati, an infectious diseases physician based in Missisauga, Ont., said Monday on CTV News Channel.

The World Health Organization says the droplets that carry SARS-CoV-2 can be spread through actions including coughing, sneezing and speaking, and recommends that everyone keep a one-metre distance from others. Many countries, including Canada, have gone farther, recommending a distance of two metres.

However, there are signs that the smallest microdroplets can travel beyond the two-metre limit. One American study found that they can move three metres in 12 seconds, and a fourth metre as they linger in the air for up to a minute. Morawska said that there is significant evidence that microdroplets can travel even farther – into the tens of metres – especially when indoors.

“Studies by the signatories and other scientists have demonstrated beyond any reasonable doubt that viruses are exhaled in microdroplets small enough to remain aloft in the air and pose a risk of exposure beyond [one to two metres] by an infected person,” she said.

“Hand-washing and social distancing are appropriate, but … insufficient to provide protection from virus-carrying respiratory microdroplets released into the air by infected people.”

‘IS THERE A DANGER THERE?’

Advice from public health experts in Canada and elsewhere has largely downplayed the risk of airborne transmission of the virus, even as evidence mounts that it is a real threat. In one study cited in the commentary as an example, droplets were found to be the most likely source of transmission among three dining parties at a restaurant in China, in a case where surveillance video footage showed no direct or indirect contact between the groups.

The debate over droplets has been playing out since the pandemic took hold. Dr. Colin Furness, a Toronto-based infection control epidemiologist, described it as “a pretty serious fight, intellectually,” but said the commentary is unlikely to lead to significant changes in virus protection thinking.

“The concern is ‘Are we ignoring those small droplets? Is there a danger there? Are our interventions maybe not enough?'” he said Monday on CTV News Channel.

“It could be that a smaller dose, those smaller droplets, actually matter for [COVID-19] because it’s so good at getting a toehold in your body once it gets in there.”

In Chakrabati’s view, the possibility of airborne transmission is overshadowed by the evidence that Canada and other countries have been able to slow the spread of the virus with the current precautions and restrictions.

“Are there situations where the two metres is a bit too little, for example a karaoke bar or a choir, where you’re singing and your voice is propelling? Perhaps,” he said.

“But I think for the most part, the recommendations that have been there since the beginning are the ones that are truly preventing the spread of this virus.”

Morawska said that effective ventilation systems are the best way to reduce the spread of microdroplets. She said the most effective systems minimize the use of recirculated air by bringing in as much clean air from outdoors as possible, and that even opening doors and windows can make a major difference.

These ventilation techniques can be augmented with the use of air filtration and exhaust devices, as well as ultraviolet (UV) lights that kill germs. Another way to lessen the risk of microdroplet transmission is to avoid situations of overcrowding, especially on public transport and in public buildings, Morawka said.

Furness agreed with the suggestion to use UV lights in air filtration systems, saying that there could be a “renaissance” in this practice because the light can be effective against the virus in a way that physical filters cannot.

“I think we will probably see a resurgence in the use of UV light within air circulation systems, because UV light will kill viruses and it doesn’t really matter how small they are,” he said.

Face masks do not play a role in protecting against microdroplets, Furness said, because the droplets are so small that they can fit through the holes in most masks. 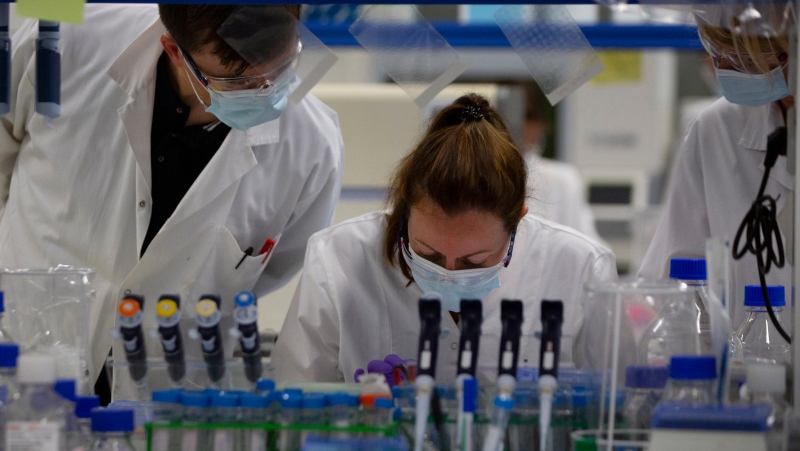