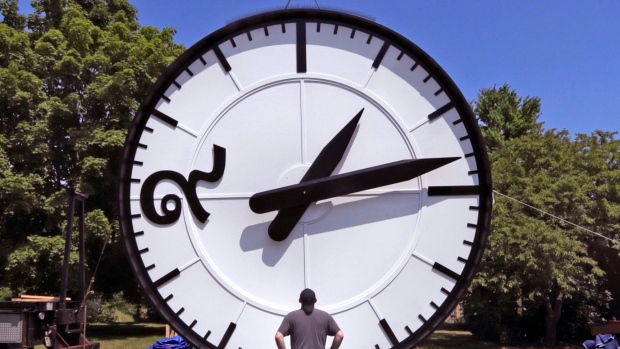 TORONTO — As we approach this year’s “fall back,” the event where we turn our clocks back one hour to end daylight time and return to standard time, the inevitable question rears its head again: Is switching our clocks twice a year bad for our health?

“When we’re looking at our overall health, there is a disruption in our internal clock with both time changes,” sleep expert Alanna McGill told CTV’s Your Morning.

“So for instance, with the fall time change that we’re going into now, we see increased cases of depression due to less sunlight hours. With the spring time change, we’re losing that hour, [in] an already over-tired sleep society.”

This leads to “an increase in car accidents, in work place accidents, in heart attacks,” during the switch to daylight time in the spring, she explained.

Daylight time in Canada starts in spring, and ends in fall, when standard time begins. To implement daylight time, clocks are moved one hour forward — a process that occurred on March 8 this year — so that events such as sunset and sunrise occur later in the day according to the clock.

The concept, introduced at the end of the 19th century, is centred around sunlight and getting the most out of the day. Some say it also saves energy, but Patricia Lakin-Thomas, a professor at York University, told CTV News Toronto that these “rumours” hold no water.

Clocks move back to standard time in the fall so we try to get more light in the morning during the colder months. That switch is set to come this weekend, on November 1.

Not every part of Canada will be switching their clocks — Saskatchewan uses central standard time year-round, and Yukon moved to year-round daylight time in 2020.

Earlier in October, Ontario MPP Jeremey Roberts tabled a bill asking for the province to end the bi-annual process of changing the clocks, and instead implement daylight time year round. This would mean that Ontario would utilize the warm month setting year-round, regardless of daylight hours in different seasons, and it would remain lighter for longer in the evening throughout the entire year.

Roberts said this could stimulate the economy by allowing shops to remain open later.

McGinn said that getting rid of our flip-flopping clock situation would indeed be better for our sleep schedules — but that sticking with daylight time for the entire year over standard time would be a mistake.

“I’m all for changing to one time, but I would prefer to change to a time that worked better with our overall health and well-being,” she said.

“The best way for our bodies to wake up naturally, and if we’re looking at our overall health and wellbeing, we want to wake up in that natural light. That helps suppress our melatonin, that’s our natural sleep hormone, it works better with our own 24-hour clock.”

If daylight time is permanent year-round, mornings could be grim in winter, she explained.

“With a permanent daylight savings time, some areas might not see the sunrise until 9 a.m. at some points throughout the year.”

This would mean potentially hundreds of thousands of people in Canada would be getting up by an alarm in the darkness to make their way to work, for far more weeks than they do now.

“So waking up in that permanent, consistent darkness can have a lot of long-term health effects, health risks,” McGinn said. She said these include a higher risk of cancer, as well as being more prone to obesity and diabetes.

She added that if we had later evenings year-round, it could interfere with sleep schedules.

“More and more people are going to be going to bed a lot later because they’re going to be tricked into thinking their bed time is later, similar to what happens during the summer months, and it’s going to cause those inconsistent sleep patterns, and again, it’s going to work against our natural body clock,” she said.

If we were to choose one time to set for the whole year, McGinn would prefer to see Ontario go with standard time year-round.

“We’re working with a social life against our natural internal clock. So, it would almost be better to switch to the standard time.”

When it comes to Roberts’ bill on switching to daylight time for good, Roberts said in letter that the Attorney General would only enact the bill if it was in “coordination” with Quebec and New York.

So Ontario residents hoping to get out of turning back the clocks this weekend are likely not going to get their wish this year.

McGinn’s advice is to start getting ready for the change in schedule now.

“Now would be a great time to kind of gradually shift all family members, our kids, ourselves, into the new time,” she said. “Really going to bed and waking up fifteen minutes later each day, so that by the time the clocks change, your body’s already shifted and adjusted to the new time.”

She added that folks should still be trying to keep a consistent bedtime routine next week after the change while adjusting, even if the body feels it should be sleeping at a different time. 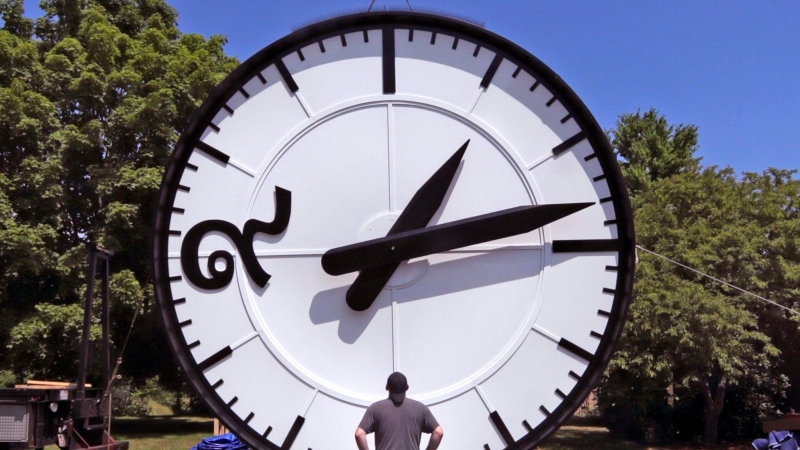