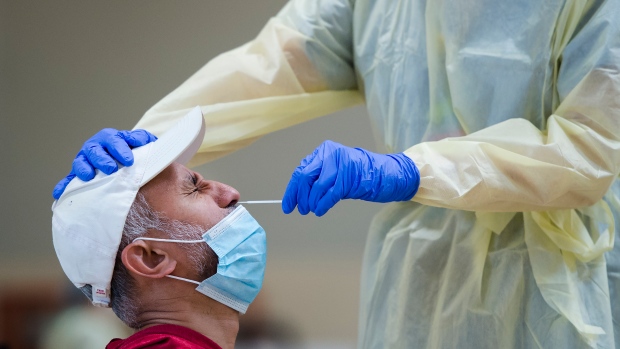 TORONTO — There’s a new errand on to-do lists this summer: a coronavirus test.

Despite having no symptoms or concerns of exposure to COVID-19, healthy Canadians are visiting assessment centres and enduring nasal swabs for peace of mind. Some told CTVNews.ca that they’re getting tested before weekend getaways, helping friends move, and even taking a new relationship to “the next level.”

Though experts suggest there’s not much utility getting tested sans symptoms or exposure, for some, it’s a helpful remedy to pandemic anxiety.

“I don’t think it’s an effective use of resources, but people can do what they like,” said infectious disease specialist Dr. Isaac Bogoch on the phone with CTVNews.ca last week.

If a negative test provides some reassurance to live your life, that’s a positive, he said: “If that’s what’s keeping you going, if that’s what enables you to leave the house and go to work and take care of your family, then fine.”

tkFor Jean-Franxois Sauriol, a 56-year-old security engineer in Ottawa, the precautionary test was before a two-week family vacation to a rental cottage north of Gatineau, Que. in late July. Sauriol’s wife is immunocompromised and their daughter is a nurse, but no one had reason to be concerned they might have contracted the virus since they were practising physical distancing, hand-washing and masking.

After receiving negative tests, the trip felt like a “bubble of paradise,” he said.

“We were in an artificially pristine environment because we had created it that way. I can’t fathom how it would have been without us having been tested before,” he told CTVNews.ca over the phone last week. “Going back … it was a rude awakening.”

THE MEANING OF ‘NEGATIVE’

While there’s no specific data to show that Canadians are doing “prophylactic testing” in huge numbers, it’s clear that testing levels have ramped up this summer. Since May, testing has increased from about one million administered across Canada to nearly five million as of this week. About 2.4 per cent were found to be positive. Earlier during the pandemic, COVID-19 tests were limited to those with pre-existing conditions, health-care workers, people who had recently travelled internationally, or those exhibiting serious symptoms. But in May, provinces began expanding testing eligibility to include Canadians who are concerned they’ve been exposed or have even mild symptoms, people who had previously simply been directed to self-isolate. Though provinces aren’t openly inviting everyone to get a test, you’re unlikely to be turned away from an assessment centre.

But a negative test, though reassuring, doesn’t necessarily mean you don’t have the virus. The Public Health Agency of Canada warns of “false negative” tests online: “If you’re tested too soon after you were exposed to COVID-19, there may not be enough virus in your body for an accurate result,” the agency says. “If this is the case at the time of the test, your test may come back negative, even if you actually have the virus.”

“People shouldn’t feel that if they have a negative test, they’re risk-free because that test is only as good as their potential exposures and their behaviour in the days preceding the test,” he said.

NOT A ‘FREE PASS TO GO PARTYING’

Toronto-based researcher Chris Martin told CTVNews.ca that he’s had five tests since the pandemic began, most in advance of social gatherings and without concern of exposure, including a cottage trip in June, and before a Father’s Day visit with his family.

“I’ve gotten all of them for my own peace of mind. I’ll scale down my social calendar and get a test and then after the test, if it comes back negative, I’ll go back to life as I was living it before,” he said. Martin has a close friend who is an ICU doctor in Toronto, so from the beginning, he has been keenly aware of how serious the disease can be.

A negative test isn’t an all-clear to flout pandemic protocols. “I don’t take it as a free pass to go partying,” he said on the phone last week.

He’s aware that the tests aren’t always perfect. In June, one Toronto study published in the journal Clinical Infectious Diseases found that the nasal swab tests identified about 89 per cent of infections, and saliva tests picked up just 72 per cent.

But for Martin and most other asymptomatic testees, that’s good enough.

“It’s kind of a thing I can do to keep myself from ruminating … and worrying about every little scratchy throat I get,” he said.

Since most of these people aren’t getting testing with symptoms or concern of exposure, they’re afraid of one thing in particular: being asymptomatic carriers, having but not showing signs of the infection, a scenario which does have some scientific support.

But that research remains incomplete. The major studies so far have pegged the asymptomatic population in the 40 per cent range, though Bogoch says that figure could be “way too high.” One study published earlier this month in JAMA Internal Medicine found that about 30 per cent of asymptomatic patients appeared healthy throughout the course of the study.

But there’s still much research to be done about what role asymptomatic or pre-symptomatic people (those that eventually develop symptoms) play in virus transmission.

So could this kind of asymptomatic testing could be lumped into what has been dubbed “hygiene theatre,” excessive sanitizing of tabletops and doorknobs even though evidence suggests surface transmission may not play a significant role in the COVID-19 pandemic?

Bogoch thinks so, because the chances are “next to nothing” that officials at assessment centres will find a positive case among asymptomatic tests, he said.

“The chances of having a positive test on a person who’s totally asymptomatic with no exposure is close to zero per cent. It doesn’t make a whole lot of sense,” he said.

Instead, tests should be used strategically, focusing more on long-term care homes, low-income neighbourhoods, and factories and workplaces with employees working elbow-to-elbow.

“We know where this infection is primarily transmitted,” he said. “Just going to get a test for the sake of getting a test, I don’t think it’s a helpful use of resources.”

But to each their own. If a test makes you more likely to live your daily life, said Bogoch, get the swab. 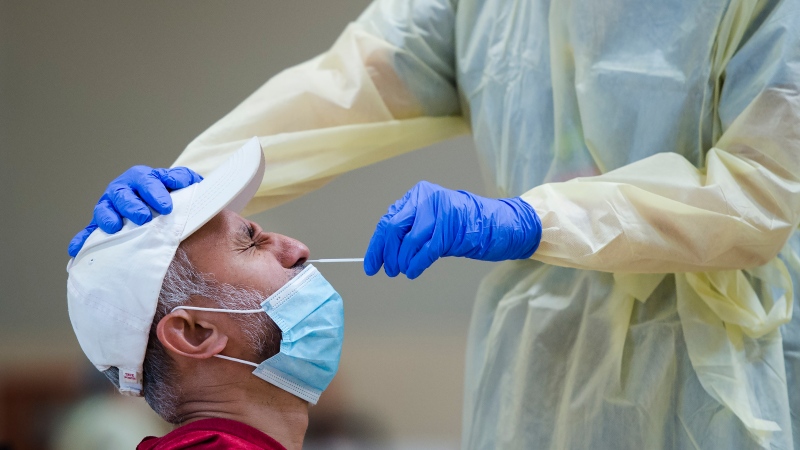