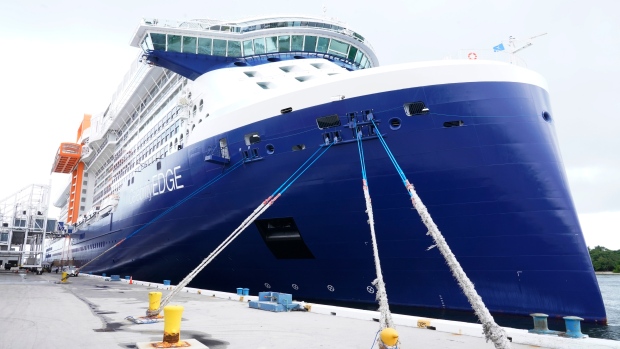 TORONTO — Despite being recommended by Canada’s National Advisory Committee on Immunization (NACI), some cruise lines are not accepting passengers who received mixed-and-matched COVID-19 vaccine doses.

NACI changed its guidelines in June to allow for the mixing and matching vaccines, recommending that a first dose of the AstraZeneca-Oxford vaccine can be safely combined with a second dose of the Pfizer-BioNTech or Moderna shots.

The agency also said that while Canadians should be offered the same mRNA vaccine for their second dose as they received for their first if it’s available, a second shot of either Pfizer or Moderna was acceptable.

However, some cruise lines say they will not recognize international passengers who’ve mixed and matched vaccinations.

In a notice on the company’s website, Norwegian Cruise Line said it will not accept mixed vaccination protocols on cruises that embark or disembark from U.S. ports.

“For ships embarking or disembarking at US ports, U.S. Food and Drug Administration (FDA) and/or World Health Organization (WHO) authorized single brand vaccination protocol will be accepted. Including, J&J Janssen, Pfizer-BioNTech, Moderna, AstraZeneca/Oxford. Mixed vaccination protocol will not be accepted (i.e. Pfizer + Moderna or AstraZeneca + Pfizer, etc),” the statement read.

The statement added that all other vessels departing from non-U.S. ports will accept any U.S. FDA, WHO or European Medicines Agency (EMA) authorized vaccines, as well as a mixed vaccine series “of only AstraZeneca-SK Bio, Pfizer-BioNTech or Moderna combinations.”

For Princess Cruise Lines, guests who have received a vector vaccine, including AstraZeneca, as their first dose, followed by an mRNA vaccine “will not be considered fully vaccinated.” However, the company will allow for passengers who received mixed mRNA vaccine doses, such as Pfizer and Moderna.

“Guests who have received two single doses of mixed vaccines that are the same type (e.g., mRNA) will be considered fully vaccinated and will be permitted to sail,” the statement read.

Royal Caribbean reportedly removed its mixed vaccine policy from its website over the weekend, saying that COVID-19 vaccines fully approved or authorized for emergency use by a national regulatory authority or global health organization are accepted.

However, the company noted this may change depending on the port of the cruise.

“Please be aware that certain countries we sail from or visit during a voyage may require a specific vaccine, and only those travelers vaccinated with the requisite vaccine will be considered fully vaccinated,” Royal Caribbean said in a statement on its website.

While the mix-and-match approach has become common in countries such as Canada and the U.K., the U.S. FDA does not recognize COVID-19 vaccine mixing, and only approves of those vaccines made by Pfizer, Moderna and Johnson & Johnson.

The WHO’s chief scientist Dr. Soumya Swaminathan said during an online briefing on July 12 that there is limited data on mixing and matching vaccines and that it could be a “chaotic” situation if “citizens start deciding” when they should be taking “a second or a third or a fourth dose” and from which vaccine manufacturer.

However, Canadian officials and doctors are defending sanctioning the mixing and matching of COVID-19 vaccines, saying the practice is safe and effective.

According to Health Canada’s latest report on vaccinations, at least 1.3 million Canadians opted for a mixed-dose finish to their COVID-19 vaccination schedule in June.

Despite the restrictions from cruise lines, Canada’s Deputy Chief Public Health Officer Dr. Howard Njoo said at a press briefing on Thursday that these Canadians did “the right thing” by mixing doses, given the country’s declining rate of infections.

However, he noted that the federal government is still not recommending non-essential travel for Canadians at this time, regardless of vaccination status.

“There’s emergence of variants and so Canadians who go outside of Canada, I think there’s still a certain level of risk that you need to be aware of and I think, for the time being, I would myself personally restrict any travel to within Canada,” Njoo said.

Canada’s cruise ship ban is set to end in November, while cruises resumed in the U.S. in June for the first time since March 2020.

Wendy Paradis, president of the Association of Canadian Travel Agencies (ACTA), told CTVNews.ca on Monday that cruise line policies are “quickly evolving and will continue to do so over the coming weeks” as international health authorities continue to evaluate the effectiveness of mixing and matching vaccines.

“We have confidence that over time these travellers will be considered as fully-vaccinated as a science-based policy that protects communities and promotes travel and tourism recovery,” Paradis said in an emailed statement.

Intergovernmental Affairs Minister Dominic LeBlanc said during the press briefing on Thursday that Canada continues to work with the U.S. and Europe to share data on vaccine mixing and matching, and how that information relates to tourism.

“We’ll continue to have conversations and to work closely with European authorities, with American authorities, on the best way to ensure that Canadians who are able to travel safely to those countries can do so,” LeBlanc said.

As counties continue to ease restrictions, he said the question of how to safely allow Canadians to travel again is “one that’s going to be with us for a number of weeks and months.”

“We also respect the jurisdictions of other countries in terms of their own international border. So it can and should be a collaborative effort between Canada and partner countries and allies,” LeBlanc said. 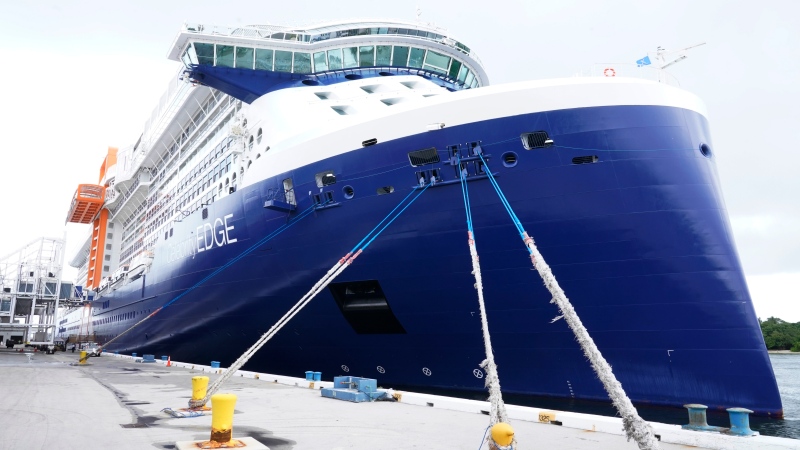