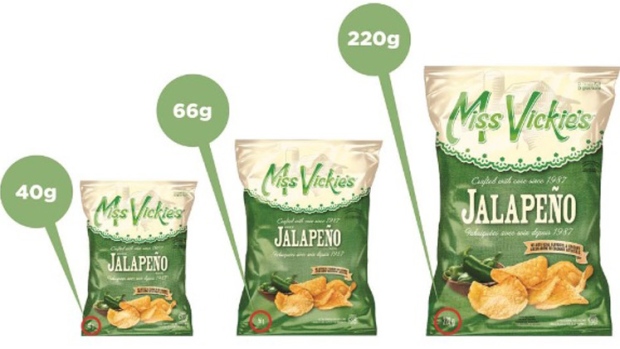 TORONTO — PepsiCo Foods Canada is recalling some varieties of Miss Vickie’s potato chips over “isolated reports of the presence of a small piece of glass found at the bottom of the bag.”

The company says “a small number of consumer concerns” have been reported, along with “one minor dental injury.”

The recall covers a variety of flavours in package sizes ranging from 40 grams to 550 grams, along with multi-packs of 10 and 36 bags. The affected products are found in vending machines, grocery stores and Costco. The full list can be found here.

The “Guaranteed Fresh” dates and “Manufacturing Codes” on the bags are the only ways to identify the products included in this recall.

The company says anyone with a product on the recall list should not consume it, and either dispose of it or return it to the point of purchase for a refund.

Ottawa resident Marc Dion told CTVNews.ca that he found a piece of glass in a bag of Miss Vickie’s spicy dill pickle chips he had purchased from the Costco in Gloucester.

Dion said in an email on Wednesday that he purchased the bag of chips on Oct. 21 and found the glass when he was eating the chips a few days later.

“As I approached the end of the bag while chewing normally, I ended up biting down on a hard piece, thinking it was just one hard chip, but as I pulled it out, it had clear look with sharp edges,” Dion said. “I thankfully didn’t get injured, but thought I’d let people in the community know about this.”

Dion shared photos of the glass in an unaffiliated Costco Facebook Group and reported the find to the Canadian Food Inspection Agency (CFIA).

He also contacted Costco Canada and PepsiCo Foods Canada about the incident.

Dion said PepsiCo initially sent him “replacement coupons” and apologized for the inconvenience.

A few days later, Dion said a representative from PepsiCo’s consumer relations department called and told him they would be mailing him an envelope to send the company the glass, the chip bag, and the remainder of the chips.

Toronto resident Dany Diab told CTVNews.ca he found glass in a PepsiCo product not listed on the recall.

Diab said in an email on Wednesday that he found a “very sharp” piece of glass in a bag of Off The Eaten Path hummus crisps. Diab says he purchased four bags of the crisps from Longo’s on Oct. 27, and they were delivered by Grocery Gateway the next day.

“Luckily we noticed the glass piece before we consumed it,” Diab explained. “We obviously threw out the whole bag that had the glass and are hesitant to eat the other bags.”

Diab said he went to the PepsiCo Foods Canada website to report the issue and submit photos of the glass, but had not heard back.

“I want to ensure the recall and this issue is properly investigated to determine all products that could have glass. This is dangerous,” he said, explaining his plan to file a report with the CFIA.

PepsiCo Foods Canada confirmed to CTVNews.ca that the scope of the recall is limited to Miss Vickie’s products and only those products listed in the release. However, the company said it plans to investigate Diab’s claims.

A spokesperson for PepsiCo Foods Canada said in an email that product safety is the company’s “top priority” and it takes these claims “very seriously.” 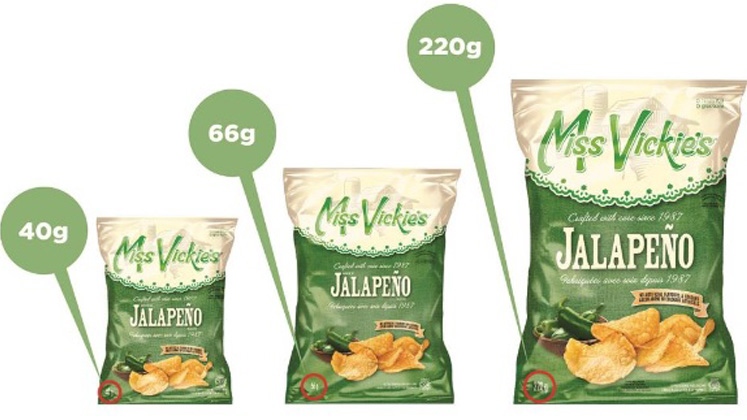