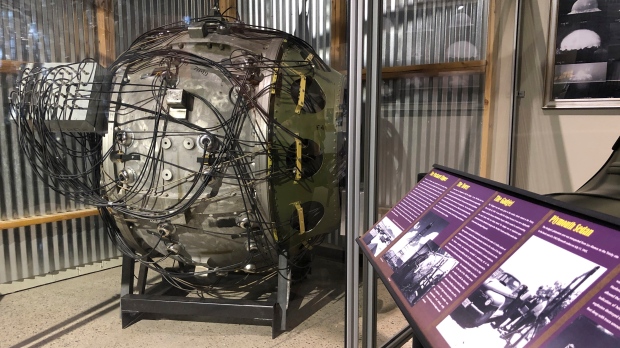 ALBUQUERQUE, N.M. — After decades of study, the National Cancer Institute said Tuesday that some people probably got cancer from the radioactive fallout that wafted across New Mexico after the U.S. government detonated the first atomic bomb in 1945. However, the exact number is unknown.

The institute disclosed its conclusions in a series of scientific papers on radiation doses and cancer risks resulting from the Trinity Test, which marked a key point in the once-secret Manhattan Project. The findings were published in the journal Health Physics.

Researchers say it’s impossible to know with certainty if New Mexico’s cancer rates changed in the first decades after the test given the lack of comprehensive data. They did conclude that whatever excess cancer cases did arise would have been limited to those alive at the time of the blast and that effects on those born in subsequent years would be too small to expect any additional cases.

“The nuclear detonation exposed residents of New Mexico to varying levels of radiation from radioactive fallout, depending, in part, on where they lived in the state, how much time they spent inside protective structures in the immediate months after the test, and how much radiation entered their bodies through contaminated food and water,” a summary of the research states.

The researchers suggested in their work that exposure levels would have been substantially higher than naturally occurring background radiation only in the areas immediately downwind of the detonation site. They listed five counties — Guadalupe, Lincoln, San Miguel, Socorro, and Torrance — based on a map of the fallout pattern developed decades earlier using measurements of radiation collected by government scientists in the immediate days after the test. People exposed to fallout are known as downwinders.

The latest research also notes that most of New Mexico’s exposure from Trinity was small compared to the subsequent radiation exposure from the Nevada Test Site and fallout from atmospheric nuclear tests elsewhere.

Government scientists never discounted the potential for fallout before moving ahead with the Trinity Test. The detonation changed the course of history, ensuring the end of World War II and marking the dawn of the atomic age.

In the 75 years since then, some residents have been fighting for recognition from the government, saying generations of people have been dealing with cancer and other effects from the blast.

The institute’s research comes as Congress considers legislation that would include the downwinders in New Mexico in a federal compensation program for people exposed to radiation released during atmospheric tests or employees in the uranium industry.

“Too many of these unwilling participants in our country’s national security strategy are still struggling with illness or have lost loved ones to radiation exposure,” U.S. Rep. Ben Ray Lujan, a sponsor of the legislation, said after organizing a meeting in August with lawmakers, former miners, survivor groups from New Mexico, Idaho and Guam and others.

Downwinders have said their communities have been plagued by cancer, birth defects and stillbirths.

Tina Cordova, a co-founder of the Tularosa Basin Downwinders Consortium and a cancer survivor, has said the government did nothing at the time or in the decades after to monitor what was happening because of the fallout.

She has pointed to research published in 2019 in the Bulletin of the Atomic Scientists on data that showed a spike in infant mortality with no known cause other than it began after the Trinity Test. She said the increase followed what had been a steady decline in infant mortality in New Mexico up until August 1945.

The National Cancer Institute’s research was aimed at trying to estimate the range of possible radiation-related cancer cases in New Mexico related to the Trinity Test. The team looked at published data on fallout from the test and gathered information about the typical diet and lifestyle of people living in the area in 1945.

Small focus groups were formed and interviews were done with 11 older adults who were in the same communities where they lived during the 1940s or 1950s.

The researchers described the process for estimating radiation doses as lengthy, saying the work involved more than 120 million calculations to estimate doses to the organs or tissues at greatest risk from fallout exposure. At the top of the list is the thyroid.

They estimated that the largest doses would have occurred in Torrance and Guadalupe counties based on the fallout pattern. All of the state’s counties were included in the analysis.

While the full impact on New Mexico residents is difficult to gauge, officials with the institute say the models used and the review of possible paths for exposure — from inhaling dust contaminated by fallout to drinking water or milk and eating vegetables from the garden — make the Trinity study one of the most detailed assessments of exposure from nuclear testing fallout to have ever been conducted. 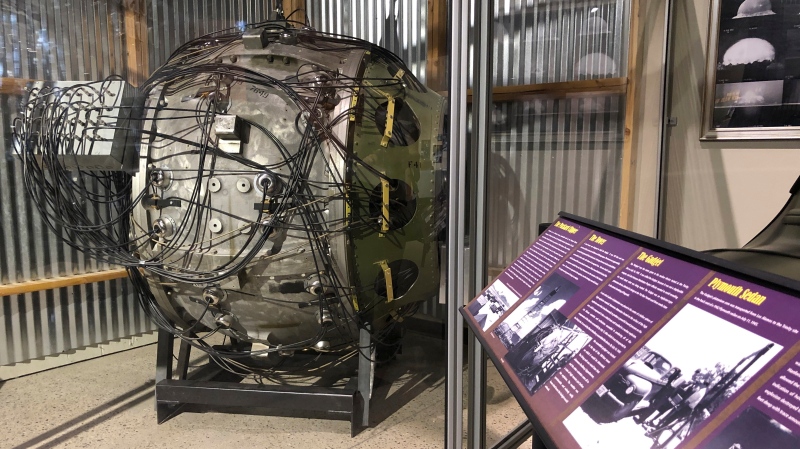