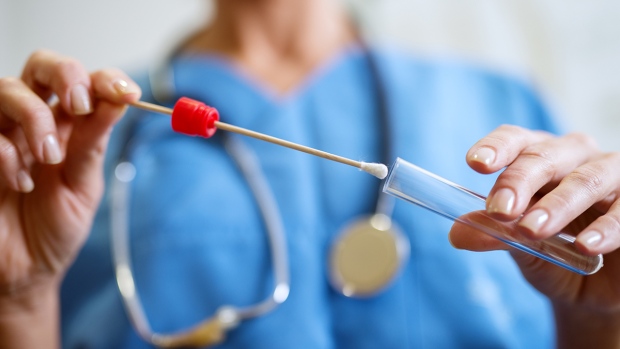 EDMONTON — A small preliminary study by researchers at Boston Children’s Hospital suggests that people who develop severe COVID-19 have noticeably blunted antiviral responses in the nose and throat, where the body first encounters the virus.

The study, published Thursday in the journal Cell, suggests that the body’s initial response in the nasopharynx – referred to by researchers as a key “battleground” located in the nose and throat – will help determine who develops severe disease and who will get through with mild illness.

“Why some people get more sick than others has been one of the most puzzling aspects of this virus from the beginning,” Jose Ordovas-Montanes, co-senior investigator on the study, said in a press release.

“Many studies looking for risk predictors have looked for signatures in the blood, but blood may not really be the right place to look.”

Researchers obtained nasal swabs from 35 adults with COVID-19 between April to September 2020, ranging from mildly symptomatic to critically ill.

They also obtained swabs from 17 control subjects and six patients who were intubated due to other illnesses. None of these subjects tested positive for COVID-19.

To get a detailed picture of what happens in the nasopharynx, researchers sequenced the Ribonucleic acid (RNA) in each cell from each sample, collecting an average of 562 cells per patient.

The RNA data allowed researchers to pinpoint which cells were present in the body, which contained RNA originating from the virus as an indication of infection, and which genes the cells were turning on and off in response.

Although the study’s sample size is limited, the data shows that the epithelial cells lining the nose and throat undergo major changes in the presence of SARS-CoV-2, the virus that causes COVID-19.

In people with mild or moderate COVID-19, epithelial cells showed increased activation of genes involved with antiviral responses, particularly those stimulated by type one interferon, which acts as an alarm to the body’s broader immune system.

But, in patients who developed severe COVID-19, antiviral responses were noticeably blunted. Most importantly, their epithelial cells had a “muted response” to interferon.

At the same time, their swabs had increased numbers of other immune cells that boost inflammatory responses.

In other words, their body’s early warning system wasn’t as sharp.

“Everyone with severe COVID-19 had a blunted interferon response early on in their epithelial cells, and were never able to ramp up a defence,” said Ordovas-Montanes.

“Having the right amount of interferon at the right time could be at the crux of dealing with SARS-CoV-2 and other viruses.”

Next, the researchers plan to investigate what is causing the muted interferon response in the nose and throat.

Although the results are preliminary, researchers say there may be a possibility of strengthening the interferon response in people with early COVID-19 infections, perhaps with a nasal spray or drops.

“It’s likely that, regardless of the reason, people with a muted interferon response will be susceptible to future infections beyond COVID-19,” Ordovas-Montanes said. “The question is, ‘How do you make these cells more responsive?'”​ 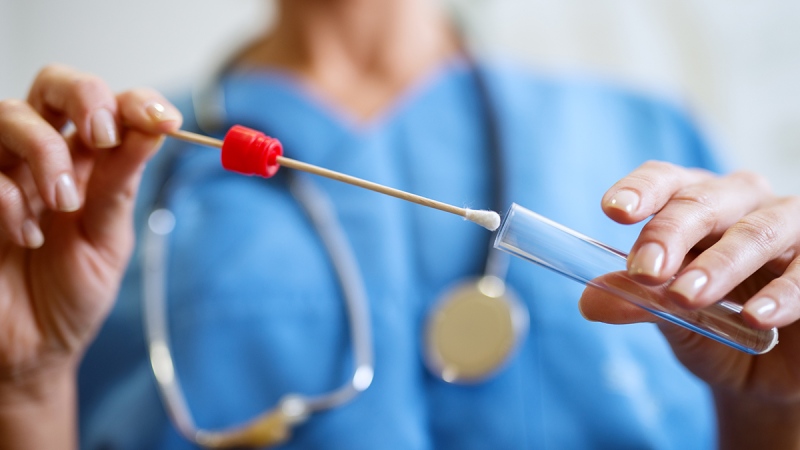