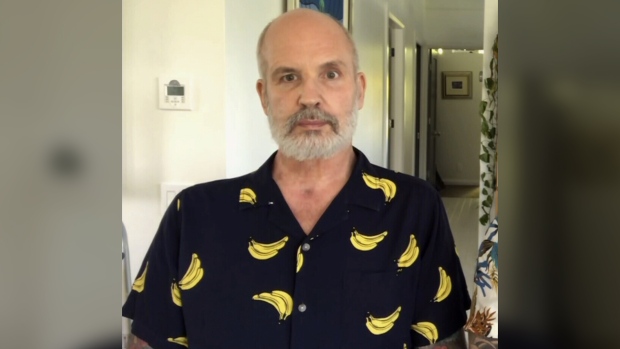 VANCOUVER — A British Columbian doctor who was diagnosed with COVID-19 is sharing his story of the lasting effect the novel coronavirus can have.

Dr. Greg Phillips says he was severely affected by the virus, which put him in hospital for more than 100 days.

The doctor says he was in the intensive care unit for much of that time, and he’s still dealing with the after effects.

Phillips spoke to CTV News Channel Thursday about his experience from his home in Vancouver.

Through a scratchy voice, he said he tested positive in mid-March.

“At that time, I had dizziness, a little bit of a sore throat and a headache. After that, I don’t remember,” Phillips said.

His husband, Matt Pettigrew, does remember what happened.

Pettigrew said he was also sick, falling ill a few days before, with a high fever, bad cough and a headache “like I’ve never experienced before.”

He was admitted to the intensive care unit that day. Within two days, his kidneys started to fail, and he had to be put on to dialysis, Pettigrew said.

Phillips was in the ICU for 10 weeks as his lungs also started to fail. He had sepsis from an infected line from the dialysis, Pettigrew said.

“His heart was going into arrhythmia, he was having clotting issues so he had to be on anti-coagulants,” he listed.

“The virus was attacking his brain. He had encephalopathy, which was causing cognitive issues. They thought he may have had a stroke at one point but the CT scan came back clear.”

Pettigrew said Phillips also had necrotizing pneumonia, which the doctor described as a lung abscess.

During that time, the couple could only see each other over video call, but Phillips was often fully sedated or only semi-conscious, so he was usually just staring at the ceiling, Pettigrew said.

There were multiple times during those calls where Pettigrew thought he might be seeing his husband alive for the last time.

“It was terrifying,” he said.

“You can’t really put to words how absolutely awful and harrowing it is to have your loved one nearly die and not even be able to hold his hand. You’re relying on a single phone call a day from a doctor who’s really overwhelmed, especially initially when there were a lot of cases.”

By day 54, Phillips was starting to be more alert, but appeared to be dealing with major depression and stress. Pettigrew requested and was granted just one visit to the ICU after that, and wore full personal protective gear.

Phillips is a doctor, so although he doesn’t remember much of that time, he understands how sick he was.

He said it showed how close he was to “not making it.”

Phillips said he didn’t realize how bad it was until he heard he’d had to be on dialysis.

Pettigrew called it “the worst crisis of our lives.”

And the worst part may be over, but Phillips is still dealing with the aftermath.

“I have residual permanent lung damage. I’m weak, can’t use my left arm well yet, but we’re hoping with time and with rehab I will get better,” he said. He also has vocal cord damage.

Phillips was asked about the surge in cases in B.C. and elsewhere – what he wanted to tell people about COVID-19.

“The most important thing is that it’s serious, that we should not be not doing social distancing. We need to wear masks. There have been cases here in B.C., in Kelowna, on Third Beach a day or two ago, where people had parties and they weren’t doing so, and the rates climbed again,” he said.

Those parties prompted a message from the premier Thursday, asking British Columbians to try harder.

“Come on, you’re better than that,” John Horgan said at a news conference.

Phillips pointed to higher caseloads in other provinces and south of the border as well.

“It can be stopped if people are smart and keep using masks and keep doing social distancing, because it’s not over yet. And if it can fell a healthy person like me, it can fell you too,” he said.

With an interview from CTV News Channel’s Merella Fernandez 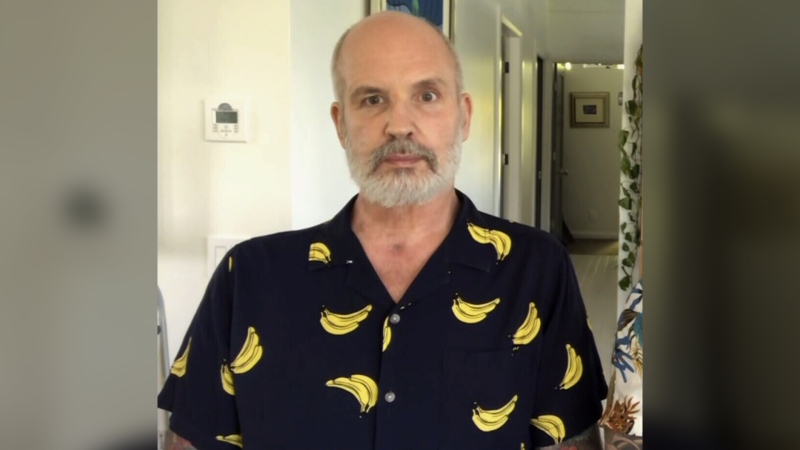