TORONTO — As COVID-19 vaccine efforts roll out across Canada, Toronto-based Dr. Fariha Khan is doing her best to help the Muslim community deal with a persistent issue: misinformation.

“We see it in older generation during this COVID lockdown, who now turn their attention to things like Whatsapp groups to keep in touch with friends and family, especially in other countries,” Khan told CTVNews.ca in a phone interview, explaining that she and other doctors across the country have seen how misinformation has taken hold.

Common questions she hears include whether COVID-19 vaccines are safe or halal, and whether the faithful can be vaccinated during the holy month of Ramadan. Khan says the answer to these questions is an emphatic, “Yes.”

Muslim front-line workers have a special standing within the communities they serve, but also bear a burden of responsibility.

“I think that that it makes a big difference when… you’re a Muslim physician,” said Khan, who’s also a board member with the advocacy group National Council of Canadian Muslims. “There’s a real responsibility, I feel, to sharing correct information to the best of my ability because people do trust me.”

Since the pandemic started, members of the Canadian Muslim COVID-19 Task Force – made up of doctors, social workers and religious leaders — have stepped up to help guide their communities through each provincial lockdown, vaccine approval and fake news story.

This group of Canadian Muslims banded together — just before the World Health Organization declared a pandemic in March 2020 — and began creating online campaigns with: 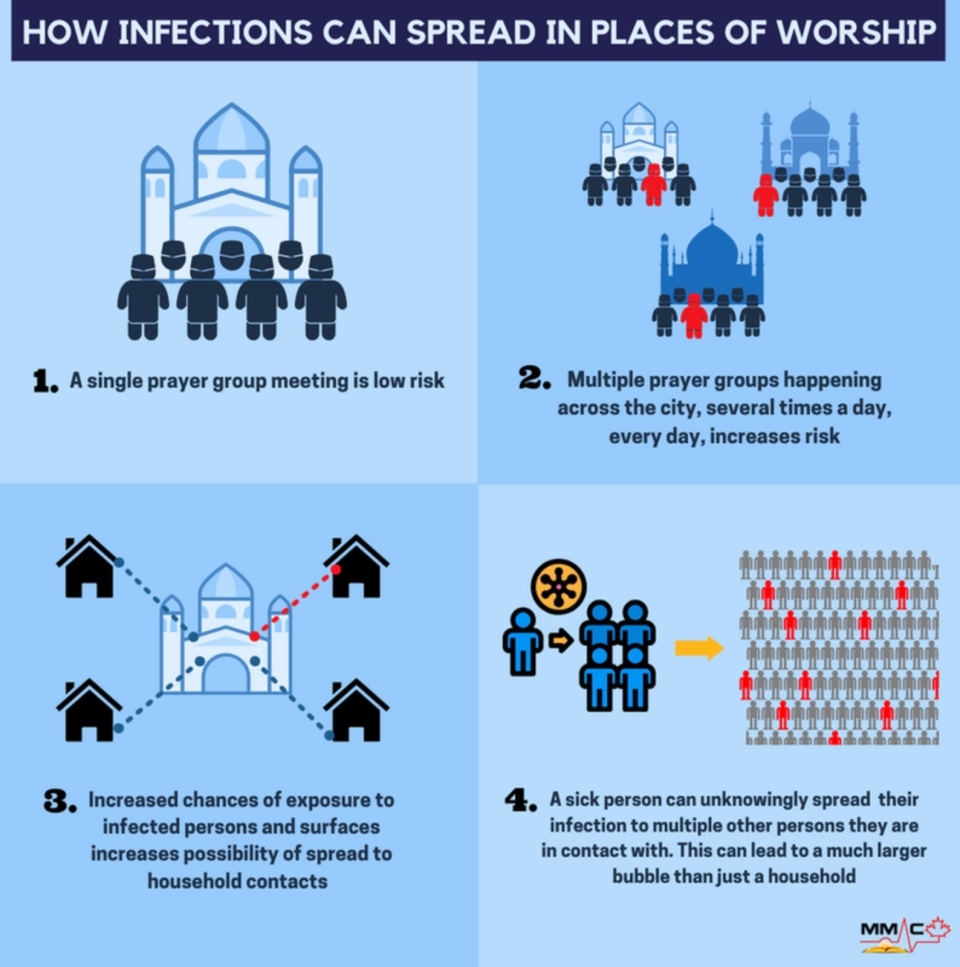 Resources they produce use simple vocabulary and easy-to-follow images, and each of their town halls are held in one specific language such as Arabic, Urdu, French or Bengali, to tailor guests and advice to resonate with each community.

“We made sure we had health experts, including doctors, but also religious leaders like imams, as well as community leaders who people could identify with and relate to as well,” said Dr. Hashim Khan, the co-chair of the task force and board member of Muslim Medical Association of Canada, which helps run the task force.

Recent online forums, including some featuring internist Dr. Abdu Sharkawy, have been viewed as many as 15,000 times, Khan said in a phone interview with CTVNews.ca. He explained the topics of conversation come directly from the community through emails, an online forum, or based on online chatter and articles.

For example, when some schools opened up last year, the task force had teachers and doctors advising parents asking whether it was safe for their children. And when online fake news claimed the virus was a 5G conspiracy or that COVID vaccines affected fertility — the task force was out front debunking them. 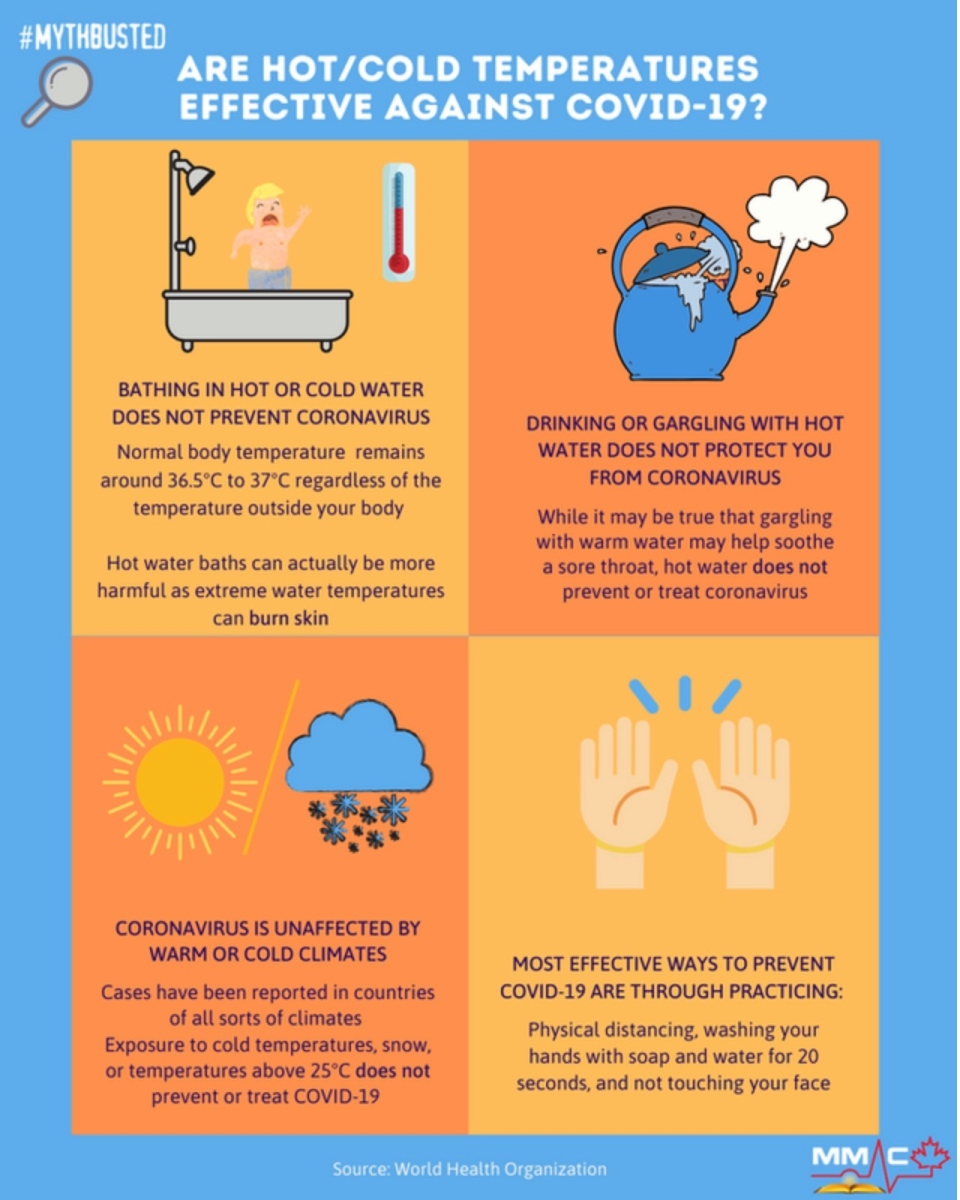 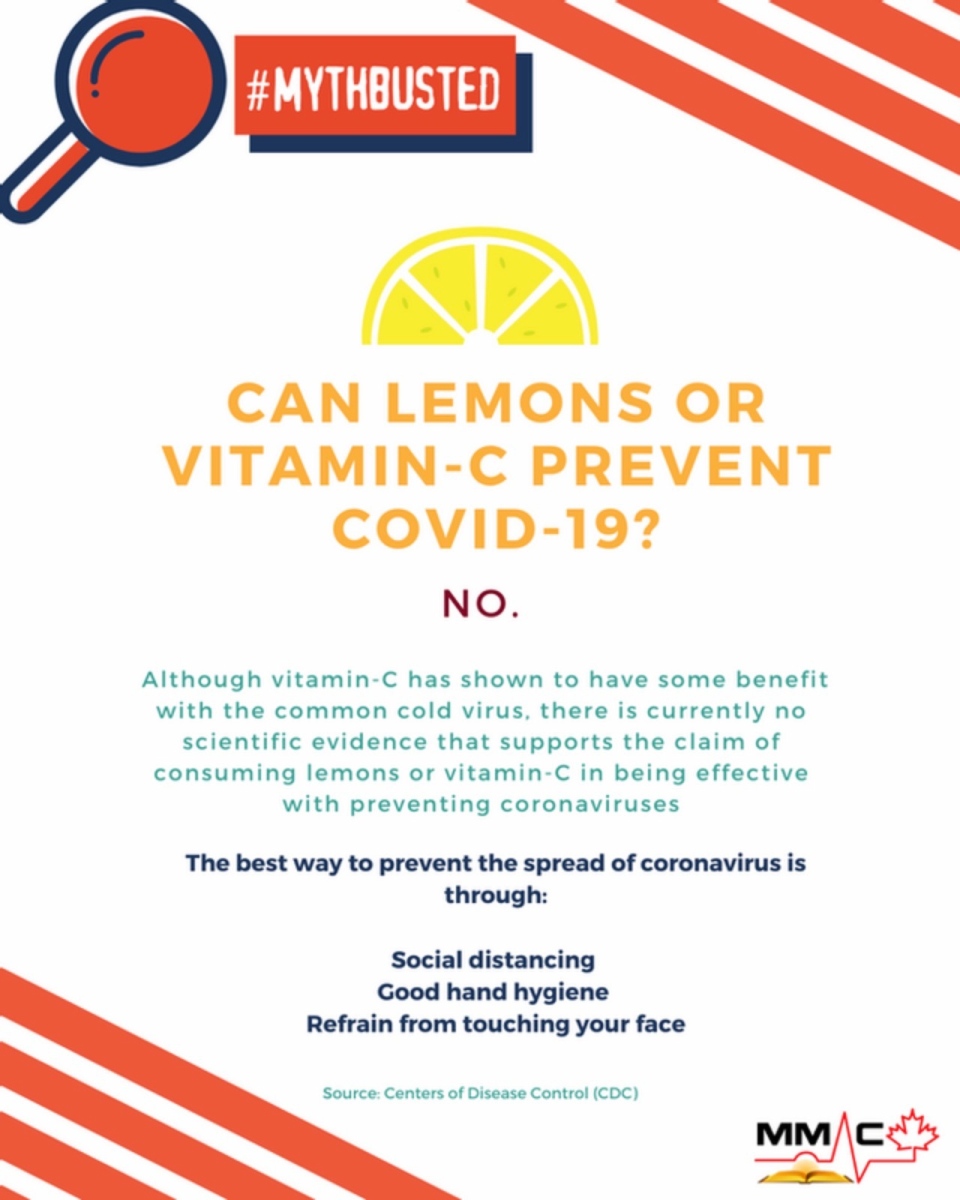 “Whether it was posters, infographics or webinars, this [effort] is one of the biggest pieces to demystifying misconceptions around vaccines,” Rufaida Mohammed, a social worker and task force community liaison, told CTVNews.ca in a phone interview.

Mohammed, who’s worked with McMaster’s Children’s Hospital, explains simple-to-follow graphics are extremely important for teenagers — who she calls gatekeepers of information for many families, especially immigrants or newcomers.

“It’s their kids that are going to school every day and learning the English language. They’re the ones deciphering the information,” she said. “So we knew that we had to put something out there that incorporated the spectrum of literacy that would reach these marginalized, vulnerable populations.”

One physician and religious leader in London, Ont., who’s not a part of the Canadian Muslim COVID-19 Task Force, said he’s seen some of this hesitancy play out. He hopes their online-savvy approach resonates with some younger people who are vaccine hesitant.

“For the most part, it isn’t a logical, rational process. It tends to be emotional and tends to kind of feed off some of those things like mistrust and authority. Or a feeling that nobody’s looking out for you,” Dr. Wael Haddara, chief of critical care at Western University Hospital, told CTVNews.ca in a phone interview.

He explained younger ones who spend a lot of their time online can be more exposed to misinformation.

SELFIES AND FOCUS ON HOPE

Mohammed said they’ve heavily promoted imams as well as Muslim doctors, nurses and social workers taking selfies as they’re getting vaccinated. And this is because these people often attend mosque with the very people they want to sway to also roll up their sleeves.

Style is critical too. During the weeks leading up to Ramadan, Canadian Muslim COVID-19 Task Force began rolling out infographics and posters with more festive colours and symbols.

“They have a completely different feel, more of a festive one because it is an element of hope,” Mohammed said.

She noted that after Ramadan and as more vaccines are rolled out, the task force intends on continuing the theme of hope and resilience in upcoming campaigns.

“We’re really hoping for what is called a recovery phase… a recovery of who we were,” Mohammed said.

GOV’T NEEDS TO STEP UP

Some advocates suggested government policy may be playing a role in some vaccine hesitancy.

Haddara said many Muslims in his circles working essential jobs have felt ignored by public health officials because of the lack of paid sick days and cities not rolling out the vaccine in COVID hot spots where they live.

He said efforts like vaccines being offered in community hubs, such as mosques, would help build Muslim Canadians’ trust in the public health officials now encouraging them to get jabbed.

“[COVID-19] hotspots translate into highly dense, often overrepresentation of essential workers, people who rely on public transportation… who are often employed in precarious situations or in employment that does not afford them paid sick leave,” she said, conveying what Muslim town hall attendees have told her.

So Abdi said “part of our conversations” the task force is having now with public health units is setting up vaccine clinics in community spaces, such as mosques – which has begun happening in parts of Ontario.

Khan, the task force’s co-chair, urges public officials to steal their approach which focuses less on lecturing people and more on having conversations, so people feel free to voice their concerns with no judgment.

He said the task force’s approach is making a dent.

Before and after each of the six online town halls they’ve held since January, attendees are asked how they feel about the vaccine. The result, Khan said, is “by and large, it was almost a complete turnaround… a lot felt way more confident.”

He explains the task force also leverages the membership of the Muslim Medical Association of Canada — made up of more than 600 Muslim doctors, medical students and front-line workers – to weigh in on town halls and help share information.

Khan said last year, the Canadian Muslim COVID-19 Task Force urged imams to shut their mosque doors — weeks before the national lockdown; and when each of the vaccines started getting approved across the world, the task force was always ready with the stats in way easy to understand.

“We’ve developed our reputation because we’ve been making calls along the way,” he said, noting the work they were doing benefited all Canadians. “All our societies and communities are obviously all interconnected and we certainly want to make sure that we were doing our part in that regard.” 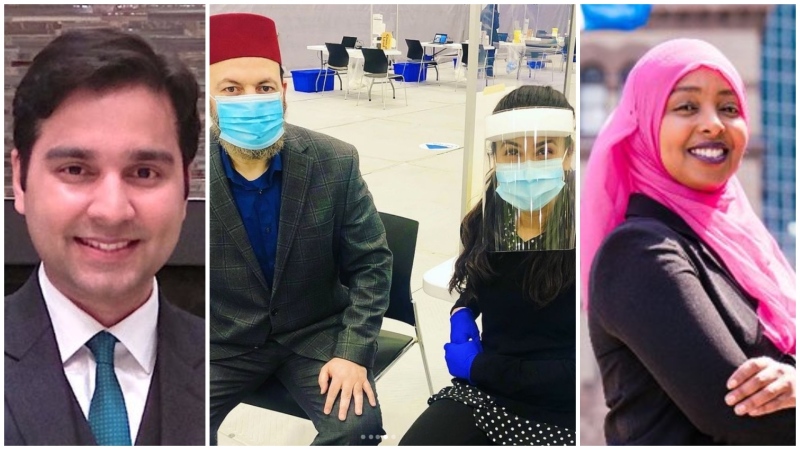