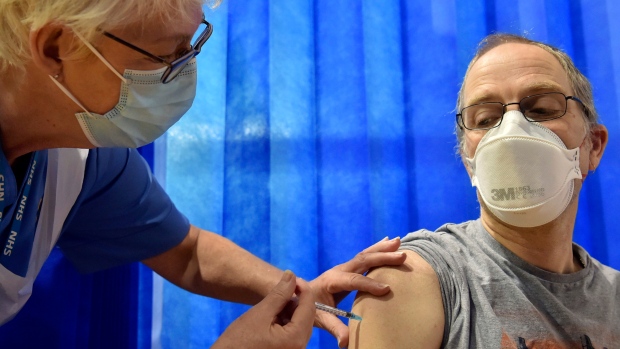 TORONTO — While the leading vaccines developed by Pfizer-BioNTech and Moderna appear to be highly protective against COVID-19, it’s still unclear how effective they will be at curbing the spread of the virus and, therefore, how long people will have to wear masks.

On Tuesday, the U.K. began vaccinating its oldest citizens with a COVID-19 shot developed by U.S. drugmaker Pfizer and Germany’s BioNTech. The vaccine is expected to be approved for use in other countries, including Canada and the U.S., in the coming weeks and other vaccine candidates, such as the one from Moderna, are not far behind.

According to clinical trials from both Pfizer and Moderna, their coronavirus vaccines have been shown to be about 95 per cent effective in preventing infections of COVID-19 with no serious side effects.

As promising as these results are, they were only able to show if people who were vaccinated became sick with the disease and not whether vaccinated individuals could still be infected, but they don’t have any symptoms.

This means there is the possibility that vaccine recipients could still unknowingly spread the virus to others because they’re asymptomatic.

“There’s nothing there [in Pfizer’s data] that suggests that people are less transmissible. All we know is individuals who got the vaccine had less symptomatic disease than people who didn’t get the vaccine.”

Chagla added the trials also showed that individuals who received the vaccine tended to have less severe disease than those who weren’t vaccinated or received a placebo.

Dr. Mario Ostrowski, an immunology professor at the University of Toronto and an infectious disease consultant at St. Michael’s Hospital, said vaccine developers won’t be able to tell if vaccinated individuals can still transmit the virus until the vaccine is distributed on a large scale.

“The only way you’re going to tell that spreading is not occurring is by looking at the incidence rates,” he explained during a telephone interview on Tuesday.

“You have to wait until a majority of the population has been vaccinated. So really you can’t answer that question until the vaccine has been rolled out.”

Chagla said that if they start to see disease transmission go down significantly after the first groups are immunized, that will be a pretty good indication the vaccine is affecting person-to-person transmission.

On the other hand, Chagla said that if a lot of people are still getting sick, but not being hospitalized or dying, that would likely indicate the vaccine is only effective at reducing the severity of the disease.

“Even if it’s the worst-case scenario, and this vaccine only reduces the severity of disease, if you see death rates plummet, and you see hospitalizations plummet, and you just see mild disease circulating in the community, that’s still not bad,” he said.

Ostrowski agreed that preventing severe illness and death should be the first priority for vaccine developers.

“Right now we have a pandemic, people are dying. In the United States, over 2,000 people are dying a day,” he said. “So I think right now, the most important question people want to know is there any vaccine that will prevent people from dying.”

DO YOU STILL NEED TO WEAR A MASK AFTER BEING VACCINATED?

Because the leading vaccine makers don’t know yet if their vaccines will prevent transmission of the virus, infectious disease specialists said it’s important for people to continue to wear face masks and follow public health advice even after they’ve been immunized.

Dr. Rob Kozak, a clinical microbiologist at Sunnybrook Hospital in Toronto who helped isolate the SARS-CoV-2 virus in March, said health officials won’t be able to lessen restrictions until they can see the results of these mass immunizations campaigns.

“It’s going to take time for everybody to get vaccinated, not just in Canada, but across the world,” he said. “The masks probably aren’t going anywhere. I don’t think that we’re going to be back to normal by next April.”

Chagla said data released on Tuesday by the U.S. Food and Drug Administration (FDA) on the Pfizer vaccine showed that it can take some time before a vaccine will be protective against the disease.

“You see some of the divergence between people who weren’t vaccinated and who were around day 20 to 28 after the first dose, so it does take some time, meaning you can get COVID the day after you get vaccinated,” he said.

Ostrowski said the length of time people will be required to wear masks will also depend on how quickly countries are able to vaccinate their populations.

“It’s going to take a while to vaccinate everyone, especially since these new vaccines are very difficult to both distribute and keep stable,” he said.

Although there are still many questions surrounding these vaccines, such as how they will be able to provide protection, if they prevent transmission, and how they affect different groups, Kozak said they are a great first step in the fight against COVID-19 and scientists will only continue to improve upon them.

“These vaccines are protective, they will work,” he said. “The question now is, can we continue to optimize them so they’ll become even better so that we potentially need fewer doses, or it protects against transmission, or it completely provides sterilizing immunity? These are the bigger questions, but once we have these first generation ones in place, that gives us a little more time to think about that kind of stuff.” 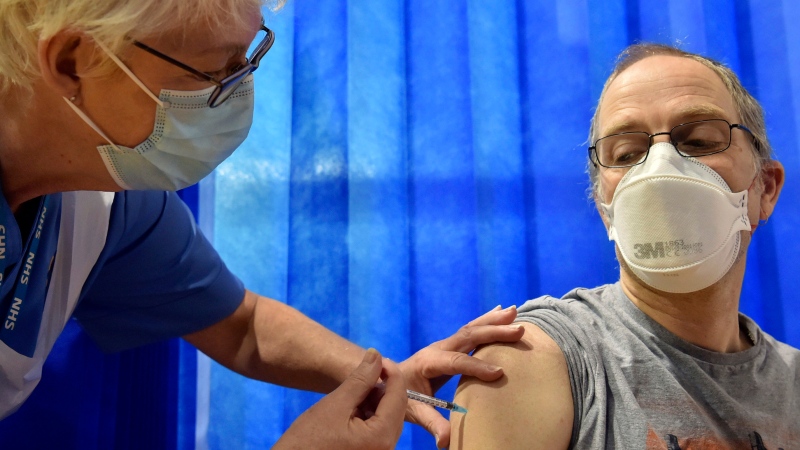