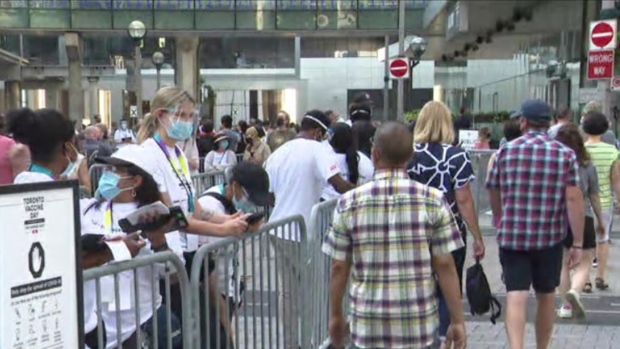 TORONTO — Scotiabank Arena is welcoming crowds today, but not for any sort of sporting event.

The City of Toronto and Toronto Vaccine Day have partnered together to host a one-day mass vaccination clinic dubbed “Our Winning Shot.” The goal is to vaccinate 25,000 Torontonians.

In order to shatter any records, clinic staff will need to administer at least 10,470 vaccines, which would break the Canadian record of vaccines doses administered in a day. In order to beat North America’s, they will need to give out 17,003 doses.

However, the goal is to set a new world record and in order to do so the clinic will need to administer 25,000 vaccine doses. 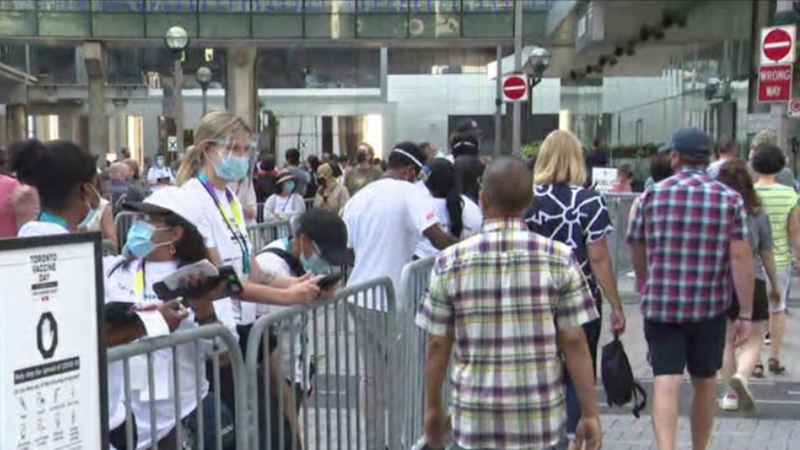