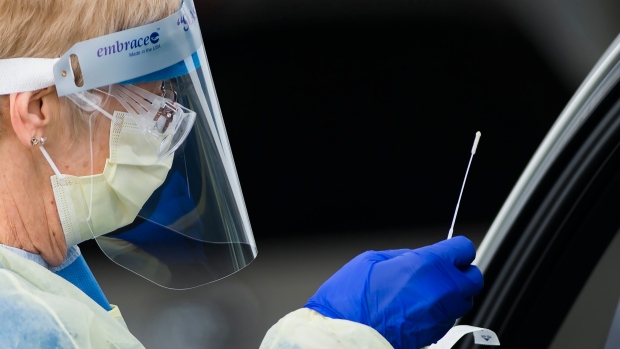 TORONTO — As countries around the world battle COVID-19 in different ways, political leaders, health officials and the public are witnessing how the pandemic is exposing major issues within their respective health-care systems.

One former U.S. insurance executive’s tweets — which accused the insurance industry of spending “big” money to downplay the merits of the Canadian system — have drawn attention to this issue and the disparities between the Canadian model and the U.S. one.

“Amid America’s #COVID19 disaster, I must come clean about a lie I spread as a health insurance exec: We spent big $$ to push the idea that Canada’s single-payer system was awful & the U.S. system much better. It was a lie & the nations’ COVID responses prove it,” Wendell Potter tweeted on Thursday.

“Here’s the truth: Our industry PR & lobbying group, AHIP, supplied my colleagues & me with cherry-picked data & anecdotes to make people think Canadians wait endlessly for their care. It’s a lie & I’ll always regret the disservice I did to folks on both sides of the border.”

Potter, an advocate for health-care reform and Medicare for all, spent nearly 15 years doing corporate public relations with health insurance company Cigna Corp, but left after seeing firsthand the way the industry worked against the public’s health interests, according to his website. More than a decade earlier, he disclosed in Congressional testimony the way insurance companies contributed to rising U.S. health-care costs.

Across the broader industry, the U.S. spent nearly US$30 billion in 2016 on health-care advertising, according to a study published last year in the Journal of the American Medical Association. This amount was double what the industry spent two decades earlier.

Potter and AHIP did not immediately respond to requests for comment.

Earlier this year, a study published by the Annals of Internal Medicine showed that the U.S. health system spent four times more than Canada just in administrative costs alone.

Potter said Canada was handling the pandemic better than the U.S., where COVID-19 cases have surpassed 2.38 million and recorded deaths have hit 121,979 as of June 25, according to CTV News’ data tracker. Canada has recorded more than 102,000 cases and 8,484 deaths.

COVID-19 Cases and deaths in Canada and the United States

“In Canada, no one gets turned away from doctors due to lack of funds. In America, exorbitant bills are a defining feature of the system,” he wrote in his Twitter thread.

“Remember, in Canada there are no co-pays, deductibles or co-insurance ever. Care is free at the point of service. And those laid off in Canada don’t face the worry of losing their health insurance. In the U.S., millions are losing their jobs & coverage, and scared to death.”

His comments were met with a mix of criticism and praise, as some users shared personal anecdotes of their experience with both systems and others were critical of damage already done.

“The “disservice” you did kept policies intact that killed thousands. Do you feel directly responsible? “Disservice” seems…light,” another user responded.

Earlier this month, a 70-year-old American man who nearly died of COVID-19 shared his astronomical 181-page, US$1.1 million hospital bill following 62 days in the hospital. His bill included US$100,000 in charges during the two days when he appeared close to death.

Despite Potter’s favourable comparisons to the U.S. — which has the highest number of confirmed cases and one of the highest numbers of deaths per capita in the world — Canada’s figures are still very high compared to many other countries around the world.

Still, for Americans who had trouble accessing COVID tests and worried about medical bills while unemployed during the pandemic, Potter’s tweets, which have more than 113K likes and more than 72K retweets, appeared to strike a nerve.

“You learn a lot about a health-care system when a global crisis hits & different nations have different results. Canada’s single-payer system is saving lives. The U.S. profit-driven corporate model is failing,” he tweeted.

“I’ll regret slandering Canada’s system for the rest of my life.”

Amid America’s #COVID19 disaster, I must come clean about a lie I spread as a health insurance exec: We spent big $$ to push the idea that Canada’s single-payer system was awful & the U.S. system much better. It was a lie & the nations’ COVID responses prove it. The truth: (1/6) 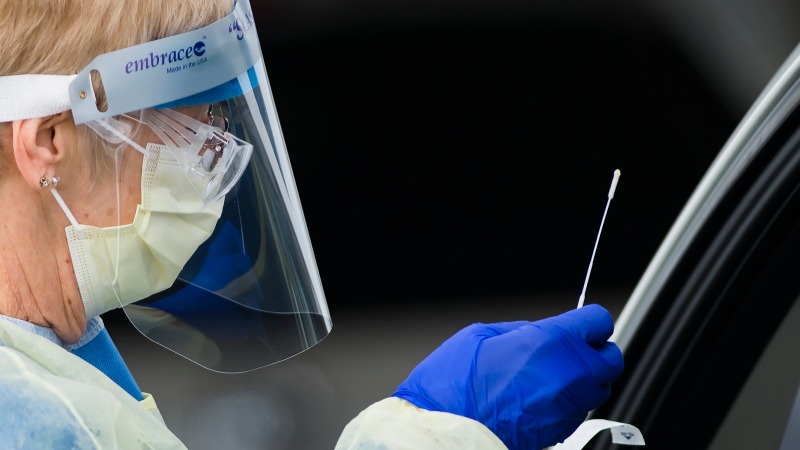