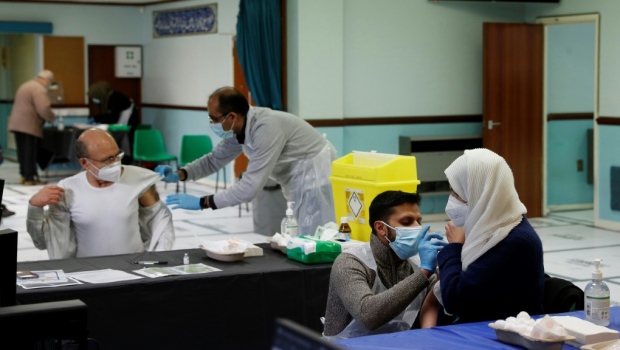 LONDON, U.K. — Imams across Britain are helping a drive to dispel coronavirus disinformation, using Friday sermons and their influential standing within Muslim communities to argue that COVID-19 vaccines are safe.

Qari Asim, chairman of the Mosques and Imams National Advisory Board (MINAB) which is leading a campaign to reassure its faithful, is among those publically advocating that the inoculations are compatible with Islamic practices.

“We are confident that the two vaccines that have been used in the U.K., Oxford AstraZeneca and Pfizer, are permissible from an Islamic perspective,” he told AFP.

“The hesitancy, the anxiety (and) concern is driven by misinformation, conspiracy theories, fake news and rumours.”

Britain, the hardest-hit country in Europe by the virus after registering nearly 95,000 deaths, is relying on its biggest-ever vaccination effort to end repeated cycles of lockdowns and restrictions.

However, a report from the scientific committee advising the government showed stronger mistrust of vaccines among ethnic minorities than the rest of the U.K. population.

It highlighted that 72 per cent of Black survey respondents were unlikely or very unlikely to get the vaccine.

Among those from Pakistani or Bangladeshi backgrounds, the figure was 42 percent.

Imams are pushing back in particular at fears among Britain’s estimated 2.8 million Muslims that the vaccines contain pork gelatin or alcohol, which are banned by Islam.

Asim said it was “legitimate” to question whether things were permissible under Islam but without paying attention to unfounded claims.

Among the falsehoods spread about the vaccine are that it can modify DNA, make recipients sterile, or even involve inserting a microchip in the body.

Misinformation around the coronavirus is all the more dangerous given several studies have shown that it can impact minorities disproportionately.

“These are precisely the communities we should be trying to target,” said Nighat Arif, a general practitioner based in Chesham, near London.

When she received her vaccination, she posted a video in Urdu on social media aimed at the language’s speakers living in Britain.

“I’m hoping that because they see someone who looks like them, who is a practising Muslim, wears a hijab, someone who is Asian who speaks their language, that’s more relatable than something that’s coming through from the government,” she added.

Arif is still surprised by the refusal of certain patients to be inoculated, noting they will often get vaccinated to undertake the Hajj pilgrimage in Saudi Arabi, or to visit Pakistan or India.

She blames conspiracy theories spread online, which contribute to the science behind the process “being lost”.

Samara Afzal, 34, a general practitioner at Netherton Health Centre in Dudley in the West Midlands, also shared a video in Urdu with her 35,000 Twitter followers to “debunk some myths”.

She said some people had asked her to send the video directly to them so they could forward it to sceptical loved ones via social tools like WhatsApp.

At her medical centre, Afzal estimates that around 40 to 50 people out of 1,000 have refused to be vaccinated when she had expected only one or two.

“It’s still a fair amount of people that are saying no and obviously we haven’t even addressed the younger ones, so this is just the elderly,” she added.

“So I’m sure when it comes down to the younger ones, there’ll be a lot more that say no.”

Around five million people, almost entirely the elderly and caregivers, have already received a first dose of the vaccine in the U.K., the highest rate in Europe.

In a sign of officials’ concerns about minority take-up of the jabs, the state-run health service is mobilising “influencers” in communities to convince the sceptics.

“There’s a big piece of work happening where we’re translating information, we’re making sure the look and feel of it reaches the populations that matter,” Harpreet Sood, a doctor who is leading the anti-disinformation campaign, told the BBC.

A vaccination centre has even been set up in a mosque in Birmingham, Britain’s second biggest city, which has a large south Asian population.

Imam Nuru Mohammed said the move sent “a big ‘no to fake news'” message to his 2,000-strong religious community and beyond.

He shared the video of his own vaccination on social media.

For Asim, the MINAB chairman whose mosque is in Leeds, in northern England, their efforts also help counter far-right claims.

“If there was a lower take-up of vaccines in Muslim communities in comparison to all other communities, then potentially, it could fan the flames of Islamophobia,” he noted.

“And in this pandemic, no one should be scapegoated.” 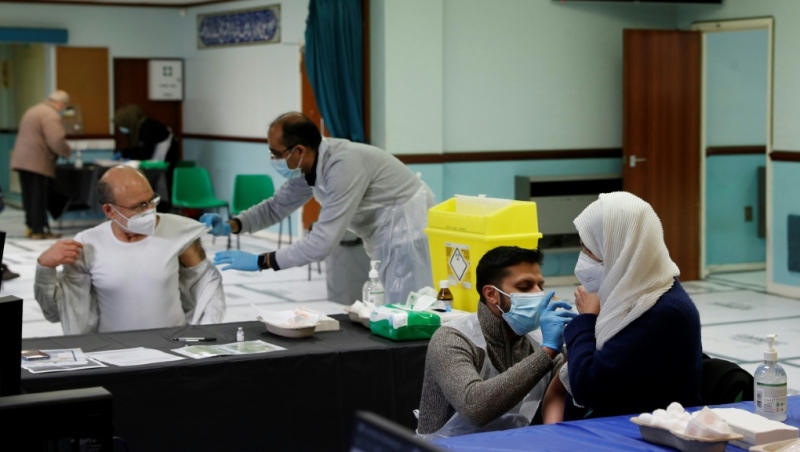