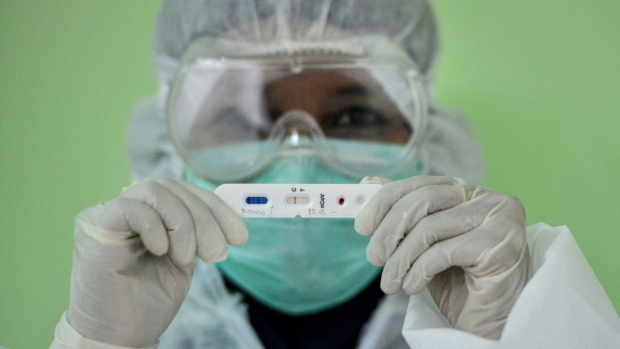 The United Nations on Friday launched a global push to speed up production of a vaccine for the new coronavirus as U.S. President Donald Trump came under fire for suggesting injecting patients with disinfectant.

The pandemic has upended life around the planet as nations try to stop the spread of the disease that has so far claimed more than 190,000 lives, infected nearly three million people and hammered the global economy.

UN Secretary General Antonio Guterres said defeating the pandemic will require the biggest health effort ever seen as the United Nations joined forces with world leaders and the private sector to develop, produce and distribute a vaccine for COVID-19, the disease caused by the virus.

“We face a global public enemy like no other,” Guterres told a virtual briefing. “A world free of COVID-19 requires the most massive public health effort in history.”

“None of us is safe until all of us are safe,” the UN chief said. “COVID-19 respects no borders. COVID-19 anywhere is a threat to people everywhere.”

While the disease appears to be peaking in Europe and the United States, other nations are still in the early stages of the fight and the WHO has warned strict measures should remain until there is a viable treatment or vaccine.

The race is on around the world to develop one, with the University of Oxford launching a human trial, while Germany announced similar trials will start by next week.

In a briefing at the White House, scientists said they had found the virus was quickly destroyed by sunlight, raising hopes that the pandemic could ease as the northern hemisphere summer approaches.

It prompted Trump to suggest researchers investigate whether it would be possible to inject light and disinfectant into the body to cure the disease — comments that sparked outrage among experts and medical professionals.

“Is there a way we can do something like that, by injection inside or almost a cleaning?” Trump said. “It sounds interesting to me.”

But his suggestion was met with disbelief by many experts who cautioned against any such experiment.

“This notion of injecting or ingesting any type of cleansing product into the body is irresponsible, and it’s dangerous,” Vin Gupta, pulmonologist and health expert told NBC News.

The United States is now the worst-affected nation in the world, with about 50,000 coronavirus deaths.

In a bid to restart its economy, the US state of Georgia will lift restrictions further than most on Friday when it allows businesses like gyms and hair salons to reopen — a move seen as too far by some.

“This is an irresponsible move that is based solely on dollars over science,” Randy Adler, owner of Babs Midtown restaurant, told AFP. “It is not the right thing to do.”

Across the globe more than four billion people are still under some form of lockdown or stay-at-home order even as governments begin easing restrictions, weighing the risk of more infections against growing economic fallout.

Muslims across the world began marking the holy month of Ramadan under the confinement orders on Friday, with bans on prayers in mosques and large gatherings of families and friends to break the daily fast — a centrepiece of the holy month.

In the Saudi holy city of Mecca, the Grand Mosque, usually packed with tens of thousands of pilgrims during Ramadan, was deserted as religious authorities suspended the year-round umrah pilgrimage.

“We are used to seeing the holy mosque crowded with people during the day, night, all the time… I feel pain deep inside,” said Ali Mulla, the muezzin who gives the call to prayer at the Grand Mosque.

But despite the coronavirus threat, clerics and conservatives in some countries including Bangladesh, Pakistan and Indonesia — the world’s largest Muslim-majority nation — have pushed back against social distancing rules, refusing to stop gatherings in mosques.

Several thousand people attended evening prayers on Thursday at the biggest mosque in the capital of Indonesia’s conservative Aceh province, and there were similar scenes at many sites in Pakistan.

The WHO called for a stop to some Ramadan activities to lower the risk of infections, and authorities in several countries have explicitly warned of the threat from large religious gatherings.

Distancing measures and the severe economic impact of the pandemic have also meant many charitable activities during Ramadan, especially food distribution and other donations, have been hit hard.

The economic devastation wreaked by lockdowns indoors is huge, with the world facing its worst downturn since the Great Depression.

U.S. lawmakers covered their faces with masks and voted in small groups to approve a US$483 billion stimulus plan, on top of a $2.2 trillion package already enacted.

The money will back small businesses on the brink of bankruptcy and hard-pressed hospitals as the world’s biggest economy reels, with more than 26 million people losing their jobs since the pandemic hit.

In Europe — the hardest-hit continent —  leaders haggled by video conference over their own package that could top one trillion euros, as the European Central Bank chief warned of the risk of “acting too little, too late”.

The 27-nation European Union agreed to ask the bloc’s executive arm to come up with a rescue plan by May 6, sources told AFP.

The crucial economic discussions come as parts of Europe slowly loosen restrictions after progress on reducing the number of new infections.

But experts have warned of a possible second wave, and authorities are ramping up their capacity to deal with it in Germany — where curbs on public life have been eased recently.

Virologist Christian Drosten of Berlin’s Charite hospital warned that the coronavirus could return with a “totally different force”.

The German Football League says it is ready for the Bundesliga to resume from May 9, though without fans in stadiums and with strict player hygiene measures. A final government decision is expected next week. 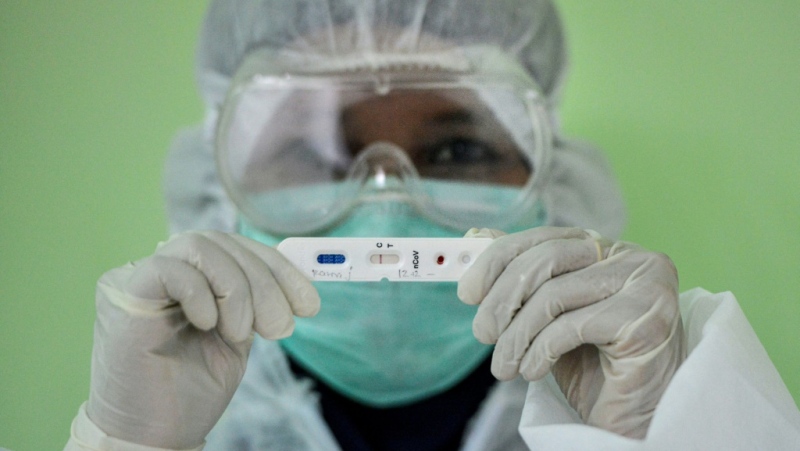