TORONTO — As vaccines continue to roll out across the globe, conversations surrounding “vaccine passports” or any other kind of government-issued papers used to show a person has been inoculated against COVID-19 are ramping up.

Israel has already rolled out a vaccine passport, and while questions remain about its security several European countries have followed suit and expressed they are considering implementing their own.

Denmark and Sweden announced in February they were developing digital passports.

On March 1, President of the European Commissions Ursula von der Leyen tweeted that a proposed “Digital Green Pass” would assists EU citizens move around safely for work or tourism.

Von der Leyen specified the pass would also contain the results of a COVID-19 test for those who cannot be vaccinated, and would “respect data protection, security and privacy.”

Ontario, Quebec and Manitoba have said they are considering immunity passports but director of the School of Public Administration at Dalhousie University, Lori Turnbull, says the situation is “tricky.”

“In the initial stages because we’ve never done something like this before, I think what the government is going to have to do is issue really clear guidelines to everybody on what is an appropriate what is an inappropriate use of these things,” Turnbull said on CTV’s Your Morning Tuesday.

Turnbull said that Canadians can expect some “confusion in the early stages” of developing vaccine passports as the COVID-19 pandemic is an “evolving situation.”

“I think the clearer the government can be on what is the right way and what isn’t for these things to be used is where the key is,” she said.

The passports would have to be “based on data,” Turnbull said, and flexible enough that if “everything is working right” people who cannot get vaccines, such as those who are immunocompromised, would be able to have that noted in the system and “get a pass.”

She also said it would be “interesting” to observe the development of vaccine passports by different global governments – how they compile them, what data they use and who will accept whose passport across borders.

“This is going to be a long complex global dialogue,” Turnbull said, noting many ideas are being floated – including a “standardized” vaccine passport across the world.

“I think that’s what a lot of people might want,” Turnbull said. “You wouldn’t want to see places where one digital passport is accepted and another is not – that’s going to lead to a lot of inequitable situations across the world.”

However, Turnbull said the question remains that if the international community is going to adopt a single model, “who’s going to lead that conversation? And what happens if some places don’t have the digital capacity to keep up with that?”

Any and all conversations about vaccine or immunity passports also hinge on the availability and rollout of vaccines themselves.

“If we see some parts of the world that are not able to get into this conversation because they don’t have access to vaccines, that’s a global problem we will have to deal with,” Turnbull said. “COVID is not an isolated issue for anybody, we all have to sort it out together.” 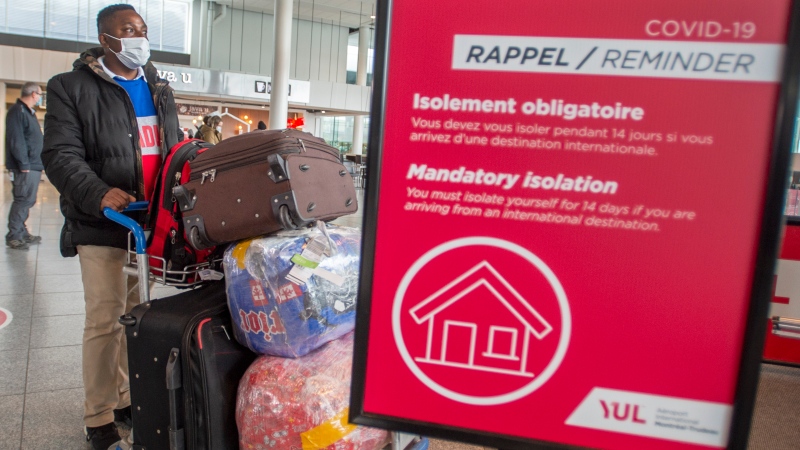