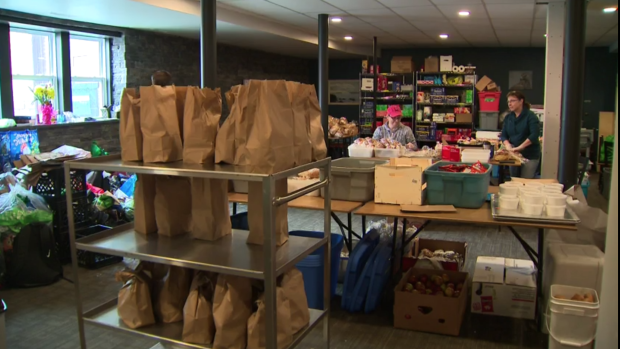 TORONTO — Food banks across Canada are evolving to meet increased demand and safety protocols as unemployment surges around the country during the coronavirus pandemic.

More than one million Canadians lost their jobs last month, according to new Statistics Canada data. Despite federal measures to ease the financial burden, the country’s food banks are facing more crowds at a time they’re also mindful of limiting those same crowds.

“The situation has changed. Our mandate is the same,” said Cherry Laxton of Halifax’s Souls Harbour Rescue Mission. “We need to be able to continue to feed people who need to be fed.”

In a different time, the mission’s doors would normally be wide open. But during the Nova Scotia provincial state of emergency, guests are greeted at the door instead. No more than five people are allowed to gather together, so sit-down meals are a thing of the past at the drop-in centre, where 100 hot meals used to be served every weekday. Now, the mission is offering take-out, a time-consuming task for staff that has forced the prices to increase.

Similar pressure is even felt in Canada’s largest city at its biggest food bank, which has seen a spike in users this month. “Twelve per cent the first week, and 20 per cent this past week,” said Neil Hetherington at Toronto’s Daily Bread Food Bank.

The COVID-19 pandemic hasn’t just brought new costs and more people to their doors. Food banks have also had to change how they operate in a hurry.

A food aid program in Regina’s Sikh community recently shifted its operation to work out of a tractor trailer and tour nearly every neighbourhood in town. The innovation got Guru Nanak Free Kitchen a shout-out from Prime Minister Justin Trudeau during one of his daily press briefings in Ottawa.

In British Columbia, food banks are scrambling to meet regulations, implementing new cleaning procedures and cutting back on the number of volunteers and how many food bank users are allowed in at once.

“We have made huge changes in the way we operate,” said Nanaimo Loaves and Fishes Executive Director Peter Sinclair in a CTV News Vancouver Island interview in late March. “Those changes are driven first and foremost by safety.”

For many food banks, the new normal is a complete overhaul of typical procedures.

“It is absolutely upside down,” said Mitch Moncrieff, president of the Comox Valley Food Bank.

Moncrieff’s centre used to allow users to sort through cans themselves and pick the food they wanted. But they’ve since had to change that policy. Two weeks ago, they shut their doors for a few days to clean and prepare new protocols.

“That’s all we’re trying to do — get compliant, rejig the way we think,” said Moncrieff. “We just want it done right.” 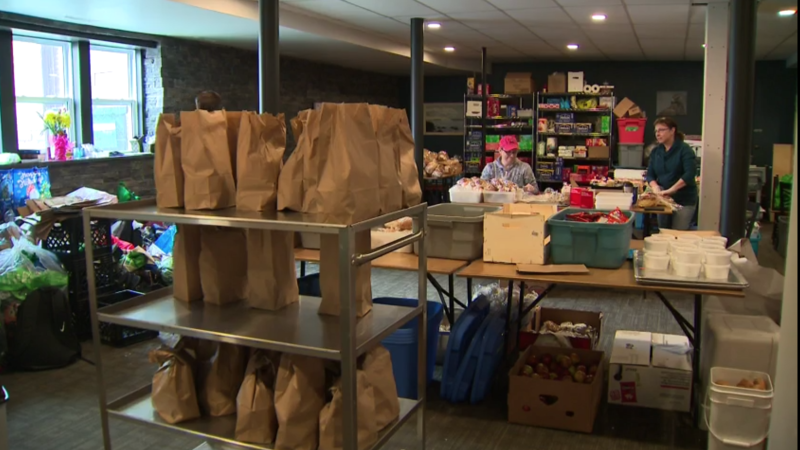