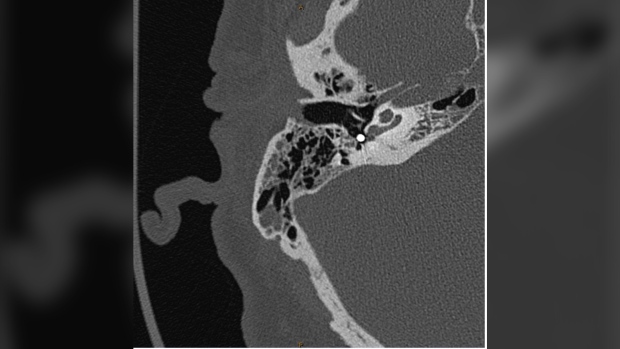 TORONTO — A new case study describes a rare case in which an Australian man accidentally got molten metal inside his ear while welding, perforating his eardrum and leading to a temporary loss of hearing.

The case study, published in the British Medical Journal Case Reports in May, explains that the 60-year-old man admitted himself to an emergency room after experiencing “severe burning pain” in his right ear.

The man told doctors that he had been using an ‘OxyTorch’ soldering iron on his semi-trailer earlier that day while lying on his side, directly underneath the welding site, without any ear protection.

He explained to doctors that a “spark of molten hot steel” came off from the welding site and fell directly into his right ear, down the external auditory canal (EAC) and into the tympanic membrane (TM) or middle ear.

Doctors say the man heard a “firecracker” sound before hearing loss suddenly set in. According to the case report, the man poured cool tap water into his ear to relieve the pain and burning sensation before going to hospital.

“Welding injuries to the TM and middle ear due to hot sparks or molten slag can cause permanent and severe damage to hearing and facial nerve function,” doctors noted in the case report.

Upon examination, doctors noted the EAC skin was healthy, but was lined with “singed hairs.” Doctors also noticed that the man’s eardrum had been partially perforated.

Doctors say the man did not show any signs of vertigo or hemifacial weakness, but did report “minor taste disturbance.” He also had no nystagmus and normal facial nerve function.

According to the case study, the man was given painkillers and was referred to the ear, nose and throat (ENT) surgery outpatient clinic for a CT scan.

Due to “significant waitlist for outpatient clinics,” the case study reported that the patient was first seen at the ENT clinic eight weeks after going to the emergency department.

While he had no ongoing pain after visiting the ER, doctors say the man experienced two ear infections within the first month after the injury and tinnitus, characterized by ringing sounds in the ears. He also described a “hollow” sensation in the right ear, but had “subjectively normal hearing,” only struggling to hear in crowded or loud environments.

Upon investigation by the ENT clinic, the case study said the man was found to have a “1.7 mm spherical metallic foreign body” inside his sinus tympani. Additionally, doctors say the surrounding tissue had become inflamed due to the metal rusting.

Doctors surgically removed the piece of metal and say the man’s hearing returned in the following weeks.

While the man suffered no permanent hearing loss, doctors noted that the molten metal did cause lasting damage to the chorda tympani nerve, which takes taste messages from the taste buds to the brain.

According to the case report, there also were no damages to the man’s balance or complications from the ear infections.

“The case presented is of an exceedingly lucky man who suffered only mild conductive hearing loss from his injury and a positive outcome from surgical intervention with full recovery of his hearing and removal of the offending foreign body,” doctors said in the report.

The case study noted that these injuries are “very rare” with only four other similar reported cases in global medical literature.

Doctors involved in the study said tympanic membrane or middle ear trauma caused by welding is a “preventable occupational injury.”

They said such injuries can be avoided with the use of ear protection and increased awareness of the “rare, but significant potential risk.” 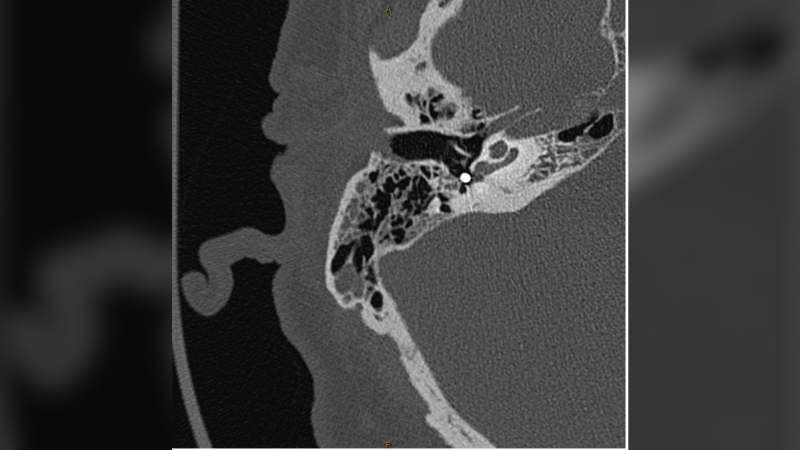