The smallpox story is a sobering reminder of a not-too-distant reality: The monthslong wait for the expedited COVID-19 vaccine pales in comparison to centuries in which smallpox was rampant.

“Smallpox was … staggering in comparison to what we’re talking about now. I mean, there’s just no comparison of the level of devastation and fear this disease caused,” he said.

With the help of his colleagues and undergraduate research assistants, Earn — over the course of the last few years — digitized 13,000 weekly smallpox mortality records.

HUNDREDS OF YEARSE OF DATA

Left untreated, smallpox would kill three out of every 10 who were infected with it, according to the Centers for Disease Control and Prevention. And those who survived often lived with scars afterward.

The new study follows research Earn has published on the historical spread of diseases such as bubonic plague, cholera and scarlet fever.

His team’s goal was to make these records publicly available and enable scientists to analyze how patterns of disease spread in populations. Many historic trends can alter disease spread. Natural forces, such as the weather or the changing of the seasons, can drive an outbreak.

And then there are social factors: population density, population structure, the introduction of schools and the course of wars.

The data spans 267 years, from 1664 to 1930, the last year in which there was more than one smallpox death in a single week. London’s last death from the disease occurred in 1934.

The researchers were particularly interested in the seasonality of smallpox outbreaks. In the 17th century, the team observed, epidemics primarily occurred in the summer or early fall. But by the 18th century, those outbreaks were shifting to appear in late fall or early winter.

Even a cursory glance at the 17th-century records is a window into another era, in which other causes of death include “wormes,” “jaundies,” “spleen,” “lethargy” and “frighted.” A September 1665 page, for instance, lists “teeth” as one of the other leading causes of death behind bubonic plague.

One death that week was in the oddly specific category for “burnt in his bed by a candle at St. Giles Cripplegate.”

While those records don’t capture every London death — they could have missed fatalities occurring outside the city or without a church burial — the records do give a fairly precise accounting of the rise and fall of smallpox over the years.

For deaths from 1842 onward, the researchers used the Registrar General’s Weekly Return statistics for a more thorough accounting.

Throughout the 18th century, the best way to protect against smallpox was inoculation, a process by which a doctor would introduce smallpox pustules, perhaps from the scab of a smallpox patient, into someone’s skin.

In 1796, English physician and scientist Edward Jenner invented the smallpox vaccine. However, actually vaccinating the whole population was a different prospect, and epidemics would periodically spike in London through much of the 19th century.

The disease was widespread in South America, Africa and Asia even through the mid 20th century, prompting the World Health Organization in 1959 to launch a plan to rid the world of smallpox.

The WHO eventually declared smallpox eradicated in 1980, making it the first human disease to be eliminated through human efforts.

This new study builds on Earn’s previous work, which involved plotting centuries of data on epidemics such as cholera and the plague. His team also has similar work ongoing about the history of whooping cough, measles and scarlet fever.

“This research is interesting in light of the pandemic but it wasn’t motivated by it,” he said, noting that the study showed the importance of public health surveillance for all diseases.

“We are now gaining insights about disease transmission patterns, because of the systematic record keeping of the City of London over hundreds of years,” he continued.

This new trove of data could be useful for future researchers to garner insights into how to address the spread of a range of diseases. That’s one more reason to stay vigilant, especially as new outbreaks can spring up, even after the advent of a vaccine.

“The smallpox vaccine actually prevented transmission which is critical for actually wiping it out,” Earn explained. “We don’t know yet whether the extent to which that will be true of these (COVID-19) vaccines that have come out already.”

While COVID-19 vaccines have be shown to be effective in creating immunity to the novel coronavirus, scientists don’t yet know whether it could still be possible to spread COVID-19 after you receive your shot.

There just haven’t been studies yet to look at that problem, noted CNN Medical Analyst Dr. Leana Wen in a prior interview.

“It’s possible that someone could get the vaccine but could still be an asymptomatic carrier,” she said. “They may not show symptoms, but they have the virus in their nasal passageway so that if they’re speaking, breathing, sneezing and so on, they can still transmit it to others.”

By the second half of 2021, social distancing, quarantines and masks may become less vital. However, the history of smallpox, and many of the historical outbreaks Earn has studied, shows that COVID-19 can certainly stick around, ebbing and flowing in the forseeable future.

“We could start seeing patterns of recurrent epidemics, as we’re seeing for smallpox over this incredibly long period,” he said. 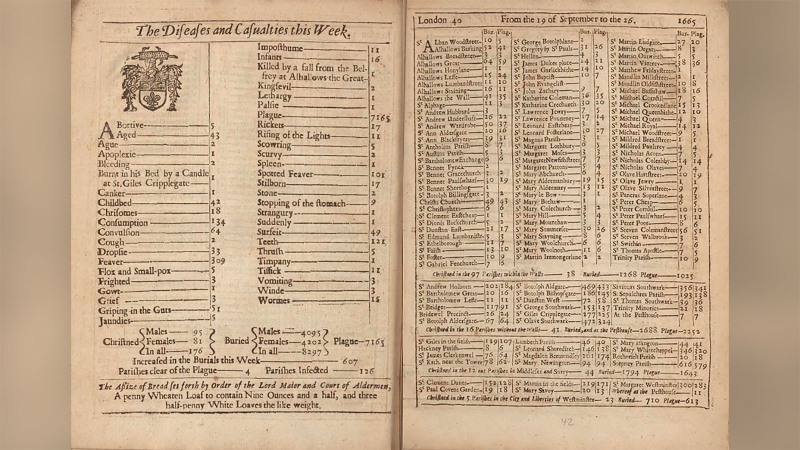