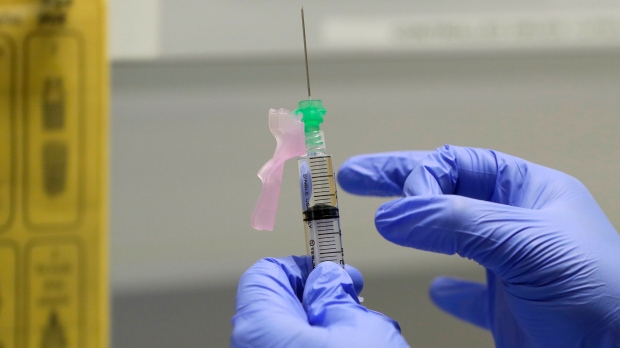 TORONTO — When the first doses of COVID-19 vaccines finally arrive in Canada, the country will need to grapple with a series of difficult questions that ethicists fear we haven’t spent enough time answering.

For example, which groups should get vaccinated after those most vulnerable? How long will it take for everyone to get their shot? And what happens if a person refuses to get vaccinated?

The clock is ticking to address those questions. Pfizer’s vaccine candidate, which is more than 90-per-cent effective according to the company’s preliminary results, could be approved for use in Canada before Christmas, according to Health Canada’s chief medical adviser.

Kerry Bowman, a bioethicist and assistant professor at the University of Toronto’s faculty of medicine, said the lack of clarity on a number of key issues involving Canada’s rollout is “beginning to make people very anxious.”

“Because we don’t really have a clear plan yet. Or if we do, it’s not available and transparent to the majority of Canadians,” Bowman told CTV News.

WHO GETS VACCINATED FIRST?

Federal health authorities have not released a comprehensive list of what order the vaccine will be delivered. For now, four key groups have been given priority to receive the vaccine, according to recommendations from the National Advisory Committee on Immunization.

Those groups include those at risk of severe illness and death (such as the elderly or those with pre-existing conditions), essential workers most likely to transmit the disease (such as health-care workers), those at risk who live in communities that could suffer disproportionate consequences (such as isolated Indigenous communities), and other workers providing services that contribute to “the functioning of society.”

The committee purposefully left those definitions broad so that policy-makers tasked with plotting provincial roll-outs could define them as they see fit.

But after those groups, who comes next?

Research suggests racialized Canadians are at higher risk than white Canadians of having pre-existing conditions that could put them at risk of severe outcomes from COVID-19.

Employers whose businesses have been sidelined due to COVID-19 will also be among those most keen to get vaccinated. A recent Statistics Canada survey suggested that five per cent of businesses were actively considering bankruptcy or closure this fall. Anxieties are running highest among the arts, entertainment and hospitality industries, with nearly 30 per cent worried they’ll need to resort to layoffs, bankruptcy or closure within six months.

Whatever happens, there will inevitably be a period of time in 2021 when the limited supply of vaccines will create a society of haves and have-nots. Those months will be challenging, says Alison Thompson, an ethicist with the University of Toronto.

CAN YOU REFUSE THE VACCINE?

It’s impossible for anyone to be forced to take the COVID-19 vaccine once it’s available. But there could be real-life consequences to refusal.

“People that don’t want the vaccine, we all know, have an absolute right not to have it. I mean, it is their bodies without question,” Bowman said. “But that is an ethical concern because what will likely happen to people within that group is more and more opportunities may slowly be shut off to them.”

For instance, individuals who aren’t vaccinated may miss out on returning to the workplace or could face other restrictions involving group gatherings.

To make matters trickier, the vaccine will not be immediately available for certain groups. Pregnant women and children, who are not involved in clinical trials of the experimental vaccines, will be excluded from vaccination until more clinical trial data is available.

This exemption may be inconvenient, but it’s standard in these sorts of trials for safety reasons, Thompson said.

“Pregnant women are often excluded from clinical trials on many pharmaceutical products, including vaccines, because of the risk to the fetus that she carries and her own health,” she said.

The idea of “immunity passports” was floated early on in the pandemic as some governments expressed optimism that individuals who’d recovered from COVID-19 and tested positive for virus-fighting antibodies could be given greater freedoms to travel or return to work.

However, the World Health Organization dismissed the idea, saying there wasn’t enough evidence yet on the effectiveness or longevity of immunity through antibodies.

Vaccines may give new attention to the notion of “immunity passports” — a possibility that Thompson said needs to be handled thoughtfully.

“I think we need to think very carefully about how we use people’s immune status to grant them access to employment and travel and things like that,” she said.

WHAT HAPPENS IF SOMEONE SUFFERS SIDE EFFECTS?

All vaccines currently being study are tested for both their effectiveness and safety. Before reaching the general public, Health Canada needs to approve that the vaccine is safe enough for public use.   Even so, there’s a chance that some individuals could suffer long-term side effects from a COVID-19 vaccine, Bowman said. It’s simply too early to know for certain.

“I have never heard of a vaccine that is 100-per-cent bulletproof safe, and I have no belief that this will be any different.”

However, he added: “It all sounds very good so far.”

In the event that someone suffers negative side effects of the vaccine, some advocates believe they should be financially compensated. At least 19 countries already have programs in place that compensate individuals injured by vaccines, but Canada does not, except for Quebec.

Thompson said it’s time for Canada to consider its own national compensation program.

“There are things we can be doing from the government side, to really help people view (vaccines) as more trustworthy,” she said, pointing to such a program.

CAN YOU CHOOSE WHICH VACCINE YOU WANT?

With several vaccine candidates in the race to be approved first, with Pfizer and Moderna leading the pack, it’s possible that Canada could have several different vaccines on the market in 2021. However, experts told CTVNews.ca last week that there is no health benefit to receiving more than one type of vaccine.  As for personal choice, it’s unlikely that Canadians will have the option to choose which vaccine they want.

“I suspect that choice will not be an issue as the vaccines arrive in Canada. There will be a strategy to roll out vaccination, prioritizing the most vulnerable and front-line workers,” said Dr. Eleanor Fish, an immunology professor at the University of Toronto.

In the face of so many looming questions, Bowman said it’s important to “get this right.”

“So much of vaccine distribution is tied to ethics now,” he said. “It’s going to be a challenge.” 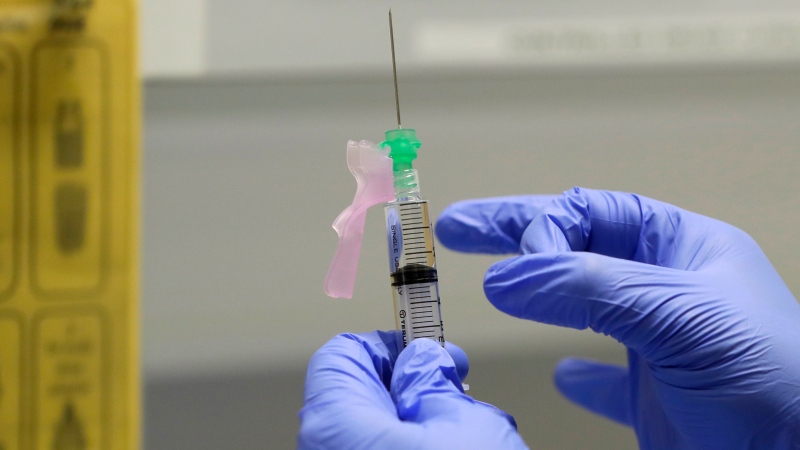