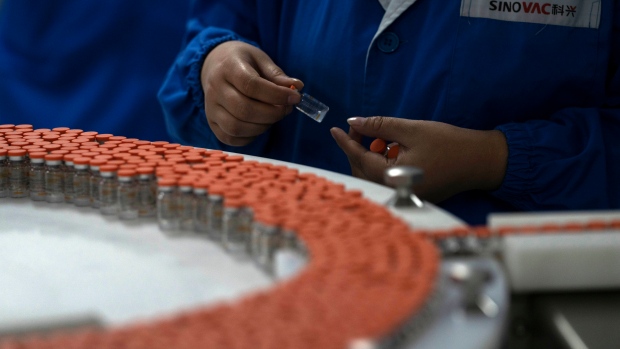 TORONTO — As countries around the world scramble to become the first to develop a vaccine to protect against COVID-19, one expert says she’s concerned that it may be used as a geopolitical tool.

There are currently 11 vaccine candidates in at least Phase 3 of their clinical trials, which means they have begun large-scale testing in people for efficacy and safety.

The U.S. and China are leading other countries with the most vaccine candidates at the critical Phase 3 testing with four each. Because of heightened tensions between the two countries in recent years, concerns are being raised about what that will mean should one of the countries create a vaccine first.

Margaret McCuaig-Johnston, a senior fellow at the University of Alberta’s China Institute, said there is a lot of competition among the different countries racing to develop a vaccine for coronavirus.

“Actually, this is good in terms of the vaccine researchers and production facilities because it’s getting them all to really focus on a critical health challenge that the world now has,” she told CTV’s Your Morning on Wednesday.

“This is terrific because they’re all giving top priority to this and that means that we’re going to get high-quality products as soon as possible.”

And, while the prospect of an effective and safe vaccine in the near future is welcome news, McCuaig-Johnston said if China is the first to develop it, there could be repercussions for those countries that don’t have friendly relations with the ruling Communist Party.

McCuaig-Johnston pointed to the development of a vaccine by CanSino Biologics, a Chinese biopharmaceutical company, which was working in collaboration with Canadian researchers.

“Part of the deal was that we were going to get it for Phase 3 testing and it was already to come to Canada and got blocked by senior Chinese government officials at customs leaving China,” she explained.

“It was there for months and we just weren’t getting the access that we had expected that we would.”

McCuaig-Johnston said the vaccine candidate ultimately went to Russia and Saudi Arabia instead, because China wanted to improve relations with those countries. She said China is still punishing Canada for the arrest of Meng Wanzhou, the chief financial officer and heiress to China’s telecom giant Huawei in 2018.

So in that sense, McCuaig-Johnston said China has already started using a vaccine candidate as a geopolitical tool, even before it’s been fully approved.

That’s also despite China’s recent move to join an international initiative to distribute COVID-19 vaccines to countries worldwide known as COVAX, which is led by the World Health Organization (WHO).

The alliance was created to ensure the equitable distribution of vaccines, particularly to developing countries.

Chinese leader Xi Jinping has said the country would make the vaccine a global public good and distribute shots in Africa, but only after its own population has been immunized.

The U.S., on the other hand, has refused to join the alliance with President Donald Trump decrying that it was “influenced by the corrupt WHO and China.”

McCuaig-Johnston said China may use the vaccine to enhance its friendships with developing countries in Africa, South America, and Central America where it has already established ties through its Belt and Road Initiative – a global infrastructure project.

While Canada’s relationship with China may be on thin ice, McCuaig-Johnston said she’s not overly concerned because the Canadian government has already signed agreements with a number of different companies that are currently developing vaccines.

“We’re pretty well set already in that score,” she said.

With files from The Associated Press 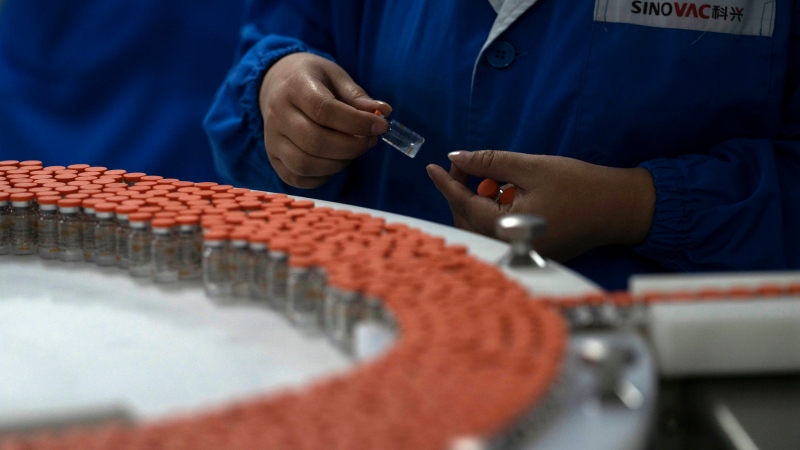