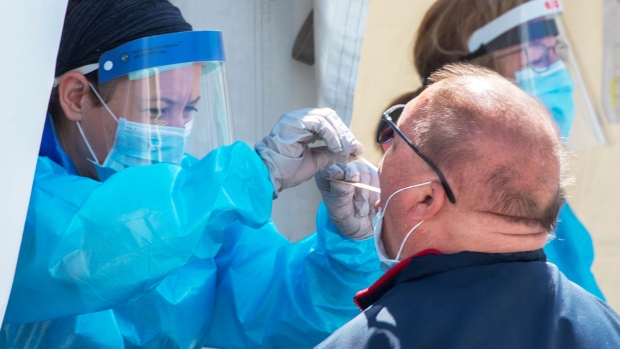 TORONTO — A new study has found that women may have a better immune response to fighting off COVID-19 infections than men, but the reason why is unknown to researchers.

The study, conducted by Women’s Health Research at Yale University, found that men are more likely than women to suffer severe cases of COVID-19 and die of the disease.

U.S. researchers found that female patients mounted a “more robust and sustained T-cell response” than male patients when exposed to the novel coronavirus.

T-cells are a type of white blood cells that work to eliminate infected cells in the adaptive immune system, according to the study. Researchers reported that poor T-cell responses to SARS-CoV-2 – the virus that causes COVID-19 — correlated with a worse disease outcome in men.

The study, published Wednesday in medical journal Nature, assessed 98 patients aged 18 years or older and admitted to the Yale New Haven Hospital with mild to moderate disease who had confirmed positive tests for COVID-19. Patients were 61 to 64 years old on average.

The researchers collected nasal, saliva, and blood samples from non-infected control subjects as well as patients with the disease. The team followed patients over time to observe how initial immune responses differ in those who recover from the disease compared to those who progress to worse stages.

Previous research has found that the severity of COVID-19 tends to be higher for men compared to women, with a study of 17 million adults finding that men could face nearly twice the risk of death from the disease than their female counterparts.

The trend was first seen in China, where one study found a fatality rate of 2.8 per cent in men compared to a rate of 1.7 per cent in women.

The pattern has since been noted in France, Spain, Germany, Iran, Italy, South Korea, and the U.K.

However, the reason why men are more likely than women to suffer severe cases of COVID-19 and die of the disease remains unclear.

Despite not knowing why women may have a better immune response, researchers behind the study say their findings may help guide a sex-based approach to treatment and care for COVID-19 patients.

“We now have clear data suggesting that the immune landscape in COVID-19 patients is considerably different between the sexes and that these differences may underlie heightened disease susceptibility in men,” senior author Akiko Iwasak told Yale Medicine. “Collectively, these data suggest we need different strategies to ensure that treatments and vaccines are equally effective for both women and men.”

The researchers found key differences in the immune response during the early phases of infection between men and women but cautioned that they were not able to rule out underlying health factors that may modify the risk of poor outcome in each sex.

The researchers found that levels of cytokines were higher in male patients than in female patients. An excessive buildup of cytokines in severe cases of COVID-19 causes fluid to build up in the lungs, depriving the body of oxygen and potentially leading to shock, tissue damage and organ failure.

The higher concentrations of cytokines in men make these outcomes more likely, according to the study.

The study revealed that poor T-cell responses in men led to worsening of COVID-19. When female patients had higher innate immune cytokine levels, their infection also worsened. Additionally, older men — but not older women — were found to have significantly worse T-cell responses than those of younger patients.

Based on their findings, the researchers suggest that doctors and health systems explore therapeutic interventions and vaccine strategies that elevate T-cell immune response to the virus in men and dampen early innate immune responses in women.

“As Dr. Iwasaki and her colleagues conclude, researchers racing to develop treatments and vaccines should consider separate strategies for women and men so that everyone can benefit.” 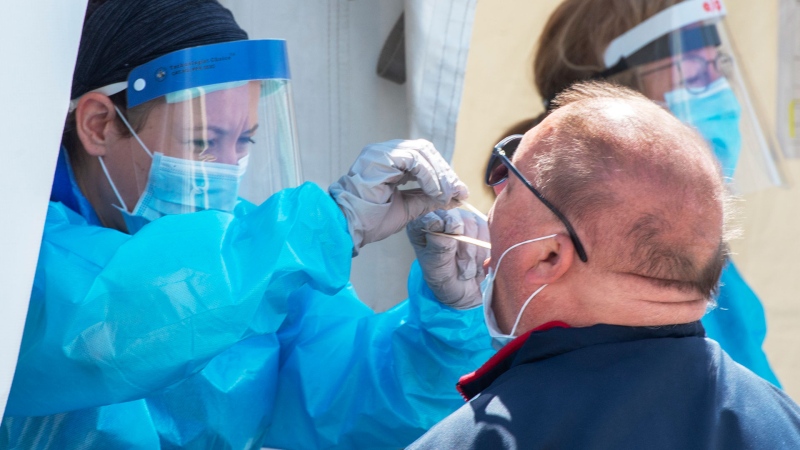