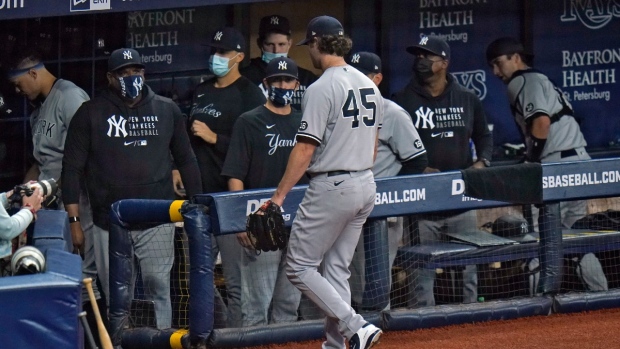 News last week that several vaccinated members of the New York Yankees baseball team had tested positive for COVID-19 sparked concern over the effectiveness of the jabs.

The nine Yankees cases, dubbed breakthrough infections by the U.S. Centers for Disease Control and Prevention because they occurred two weeks or more after full vaccination, included one person with mild symptoms. The rest were asymptomatic.

While the authorized COVID-19 vaccines do work well in preventing infections, their main point of praise is in staving off severe disease, hospitalization and death, says Dr. Sumon Chakrabarti, an infectious disease expert in Mississauga, Ont.

The baseball team’s cases demonstrate how effective the vaccines actually are, he says.

“This is a group of guys who spend so much time in close quarters, oftentimes indoors … and we see positive tests, but (most of them have) no symptoms,” Chakrabarti said. “So I think this is very, very good news.

“It shows the vaccines work, even in a crowded indoor setting.”

The definition of breakthrough cases differs slightly from expert to expert, and Chakrabarti says there are varying levels of concern. Some asymptomatic or mildly symptomatic breakthrough cases are to be expected he says, but it’s the very few that might end up in hospital or result in death that are more worrisome.

On Monday, Manitoba reported its first case of a fully vaccinated person dying of COVID-19. The person was at least 65 years old, according to data released by the province’s health department, and was infected more than seven days after receiving their second shot.

The lone death is out of more than 81,000 people who have received two doses of the vaccine in the province.

Clinical trials from the COVID-19 vaccines authorized in Canada and the United States found zero cases of hospitalization or deaths among those who caught the virus after their inoculations.

Dr. Alon Vaisman, an infectious disease expert with the University of Toronto, says real-world data is never as neat and tidy as a clinical trial, and some rare severe breakthrough cases are bound to pop up.

“A handful of people have died from COVID after being fully vaccinated, but we’re talking about 10’s of millions of vaccinated people around the world,” Vaisman said.

The true rate of COVID-19 among the vaccinated is harder to gauge, experts say, since many would be asymptomatic and likely wouldn’t be tested. The Yankees cases were picked up by the league’s regular testing protocol.

Vaisman says that’s not a huge concern, however, because vaccinated people are less likely to transmit the virus. And as inoculation rates rise within a community, the chance of contracting COVID-19 and spreading it diminishes further.

But, he adds, precautions including masking and distancing are needed until more people are vaccinated.

“In the off-chance they do transmit and it (infects) somebody who’s never been vaccinated, or for whatever reason couldn’t respond to the vaccine, then there’s risk (of possible severe infection),” Vaisman said.

The Yankees outbreak, which is being investigated by the CDC, could suggest a level of transmission between vaccinated people, but experts say unknown variables may be at play.

We don’t know whether the Yankees were infected with one of the variants of concern that are more transmissible than the older strain of the virus, for example.

But Jason Kindrachuk, a virologist with the University of Manitoba, says the variants have so far not evaded current vaccines, as seen in data from the United Kingdom and Israel, which both had large prevalence of the B.1.1.7 variant first detected in the U.K.

“What we’ve seen is the vaccines have actually stood up very, very well,” Kindrachuk said.

The Yankees outbreak included one player, three coaches and five members of the team’s travelling staff, all of whom received the single-dose Johnson & Johnson vaccine — which is 76.7 per cent effective in preventing infections according to real-world data.

The team’s situation differs from an outbreak among the NHL’s Vancouver Canucks through March and April, when 21 players and four coaches, all unvaccinated, were sidelined by the virus. Some experienced fever, shortness of breath, extreme fatigue and brain fog but none required hospitalization.

“It should reassure us that the vaccines, even when breakthrough infections occur, are highly effective in preventing symptomatic disease.”

This report by The Canadian Press was first published May 18, 2021. 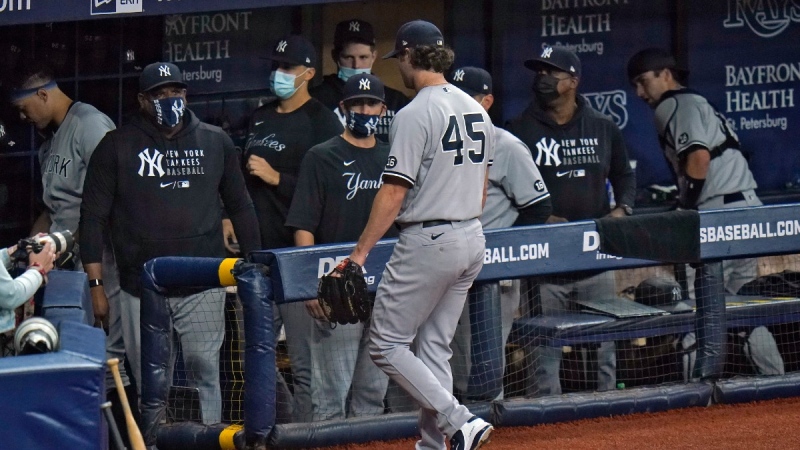